April 6, 1999: We led off with a basic home buying and mortgage info promo; the top text promo reflects the fact that NATO's air campaign against Yugoslavia entered its second week: 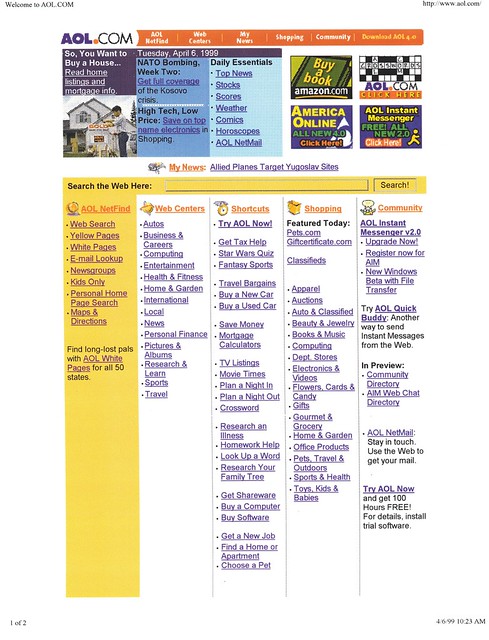 For the PM update, we switched to the Airline Directory (which I guess was less boring and more useful than it sounded?): 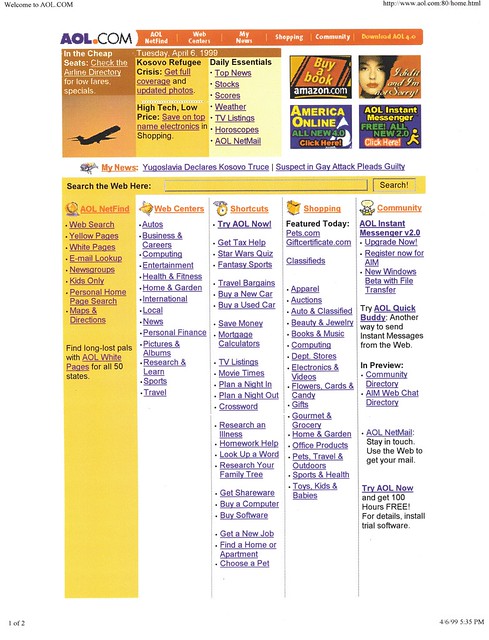