Get Your Bids in to the AOL Reston Asset Auction

The liquidation auction of the former assets of the AOL Reston offices that I mentioned last week started at 10am and is going on right now.

All the kitchen & cafeteria stuff is sold, but you still have a little time to get at some of the office fixtures if you like.

I'm not going to be bidding on anything -- the few things I was looking priced out of my range quickly. Though I did go to the preview yesterday to take a look, and got a few pictures -- here's the set: AOL Reston Asset Auction Preview, 1/22/08.

I'd only been to the Reston building once or twice, so I didn't really know it. The guy who let us in said that over 100 people had been by looking over stuff, and sources inside AOL say that lots of folks (who used to work in that office) were following online. (Though looking over the sold items now, the same high bidders keep popping up -- most likely not interested individuals, but probably resellers, or property owners.)

The photos of the fixtures aren't much different from in the catalog, so I was mostly just looking for remnants of the AOL presence: 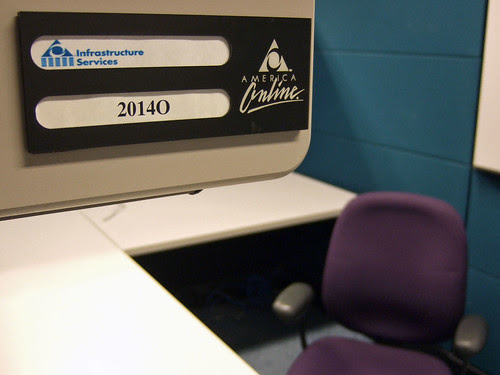 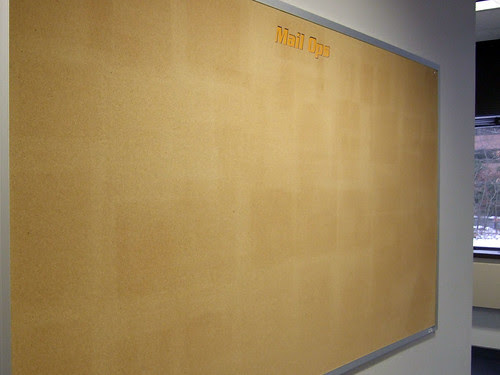 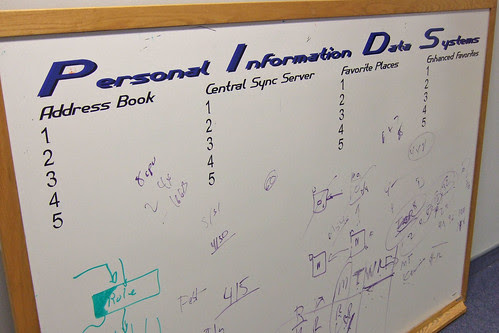 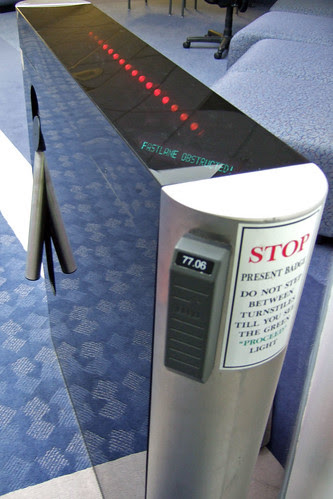 Turnstile. Not for sale, I just thought the LEDs looked cool.
So that's about it.