I was feeling about 80% on New Year's Eve, with a scratchy throat and a remnant of a post-nasal drip. But I was determined to go out.

This time around, Scott's band, One Ton Wonton was playing a New Year's Eve gig at Ragtime in Arlington. So I met up with the usual folks. 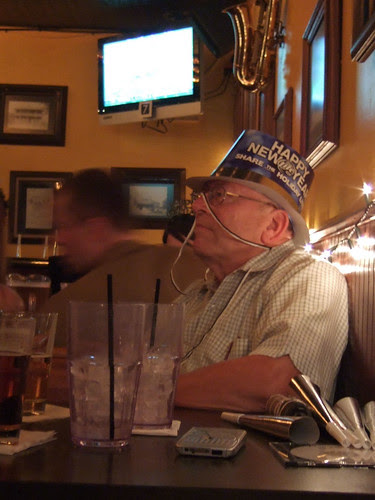 Jerry dresses to impress.
The band in action: 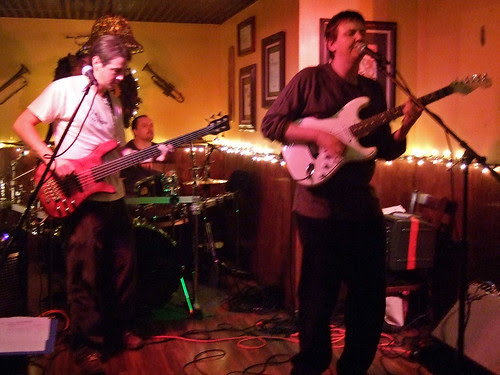 There was also a veritable fratboy convention, both in front and in the back room -- here's what I twittered at 11pm:

At midnight, there was the usual hoisting of glasses and mashing of lips. Also, someone jumped a motorcycle over Las Vegas. It was not extraordinary, and towards the end of the night I couldn't stop sneezing (the smoke was getting to my already-addled sinuses). But it was still fun.

Oh, and on the way out, there was an armored car parked in front of the courthouse. Though I guess we didn't need it: 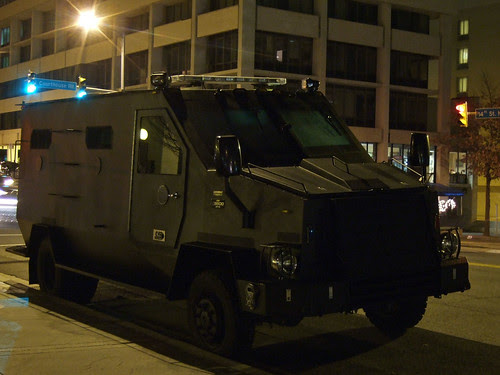 Plenty of firing ports for your convenience.

Yeah, that dude in the baseball cap annoyed me too, but mostly because he appeared to be a moron and he had an intelligent looking hottie for a girlfriend. Bastard!

I make no judgment on the person, just the uniform.