The first Washington Blogger Meetup of 2008 went off well. (Even though several of us got bitched at by the hostess for not having reservations. Point taken.)

About 20 folks attended, including some first-timers and some DC Twitterers.

I only took two pictures, though I think Nahum will have us more than covered on that front, if and when he posts his.

Grateful Jamy had very long cuffs. I couldn't look away: 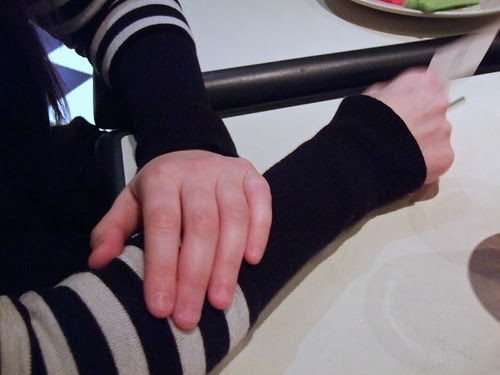 There was a tasty appetizer of pita, hummus, and batteries: 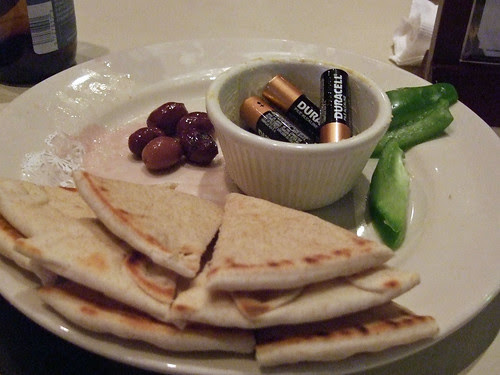 I was drinking mostly Magic Hat No. 9s throughout. And again, a twenty-percent tip was thoughtfully applied to each check.

On the Metro back, I saw a former cow-orker through the closing doors. I also stopped in at Galaxy Hut for a bit, to finish working on the Express crossword puzzle -- I was stumped, which troubled me, since I can usually finish it in during the ride, but the guy sitting next to me helped me get out of the slump.

I like that pic! And thanks for not calling me the "grateful dater," my least fav grateful variant.

always a interestign perspective. yes I did noticed you took less pictures, maybe thats becuase there were'nt many policeman LOL