September 8, 1999: We started Wednesday with another AIM 3.0 promo. And remember that note from yesterday about how the AOL 4.0 ad jackpot wasn't necessarily so, because it was from the preview server? Well, this one is from the live page.

The My News headlines look at the Waco siege probe; also "Bradley Outlines Campaign" refers to the presidential campaign of former Senator Bill Bradley (D-NJ); he'd drop out in March to Al Gore: 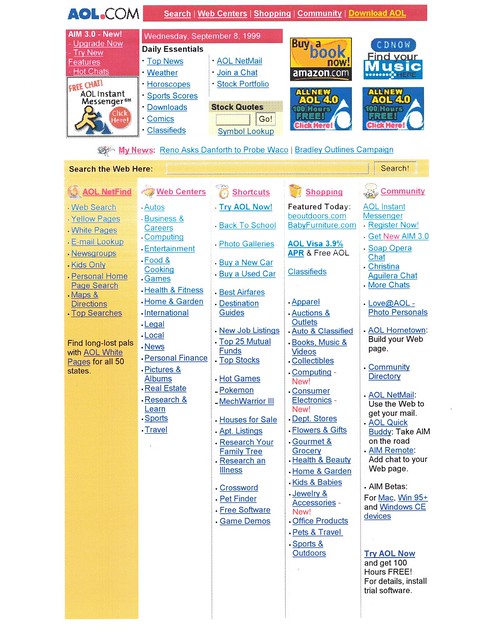 For the PM update, we went with another promo for AOL members to build Fan Pages, though there are two things about this promo (one slightly notable, the other less so): 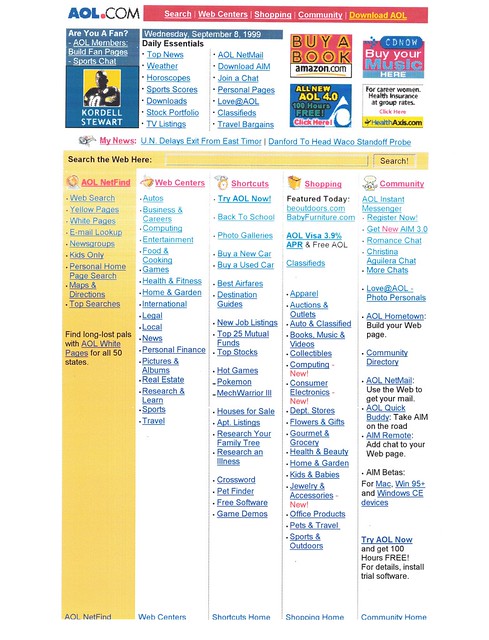 Also, if anyone is reading to the bottom of this (doubtful), shit's about to get real tomorrow.