September 23, 1999: Thursday saw a purposefully repetitive "Fall Fares Fall" headline; that was about as much room for wordplay that we had in the limited space. The My News headline references the Mars Climate Orbiter crash -- you know, the one caused by the mixing of metric and non-metric units: 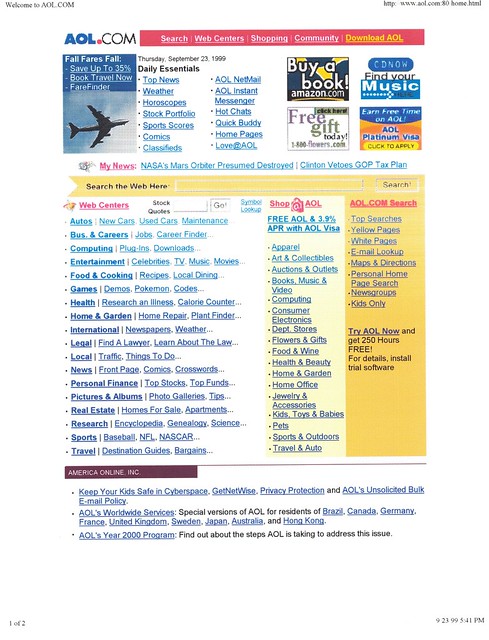 For the PM update, we went with the Friends Season 6 premiere; Thursdays were still very much "Must See TV." Also, in the search bar, we added NEW! in big, all-cap red letters, though I'm not sure why. (We also updated the Shop@AOL column text header, removing the little shopping bag image and adding .com): 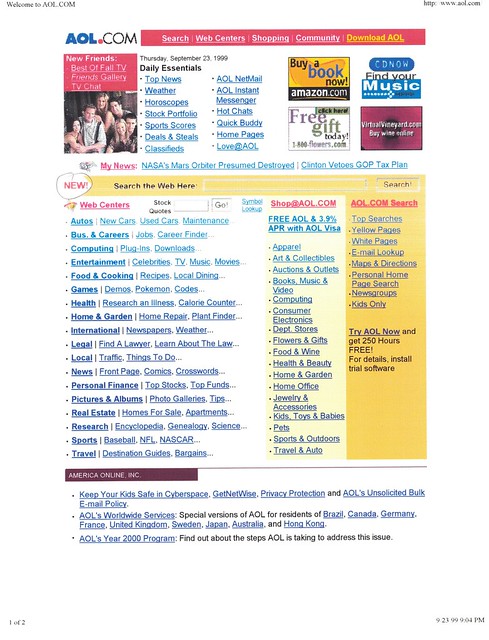