September 2, 1999: I think we started with an AIM 3.0 promo, though the timestamps are cut off so I can't be exactly sure. The images didn't print out for whatever reason; hence the "AIM Static" handwritten alt-text. [Also, for this last batch of scans (we'll run out later this fall, FYI), I'm learning to live with a lot more misalignment]: 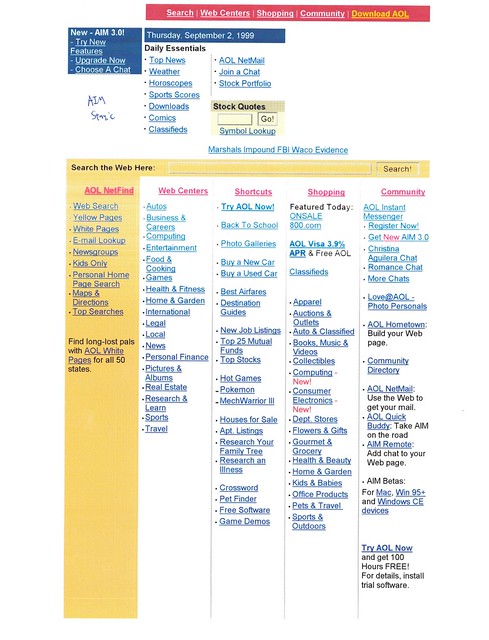 We did a mid-day swap to refocus on Hurricane Dennis, which would end up glancing off Florida and mostly dumping on North Carolina and Virginia: 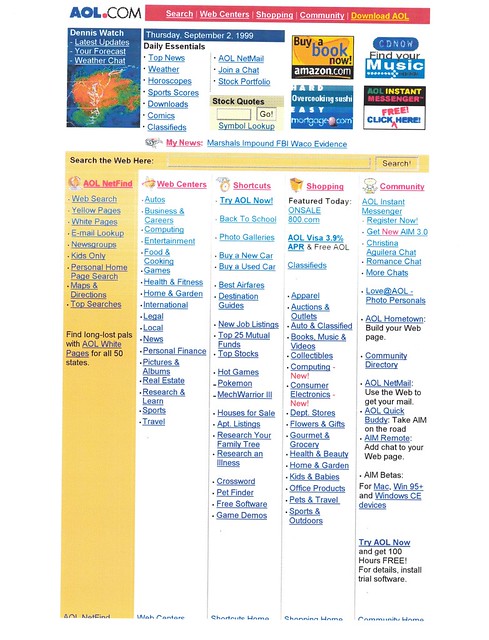 Somewhere in the daytime mix, we also went with Real Estate: 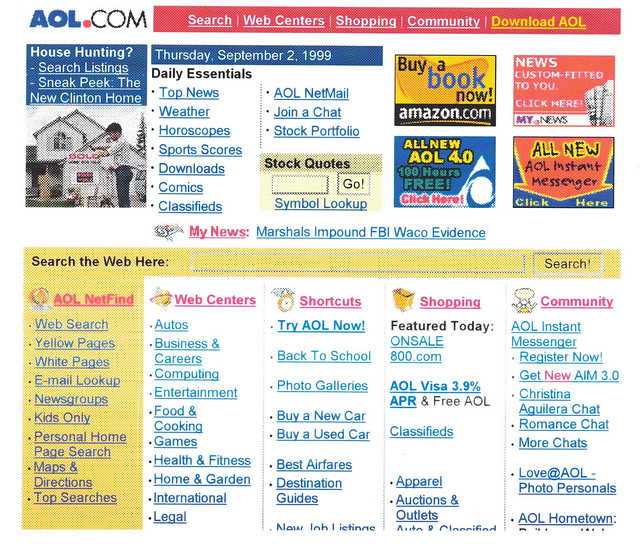 For the PM update, we'd go with "Geek Chic," featuring a teen star gallery leading with Heather Matarazzo, who was starring in Now and Again, which was a show that I actually watched and liked. It only lasted one full season and ended on a cliffhanger. 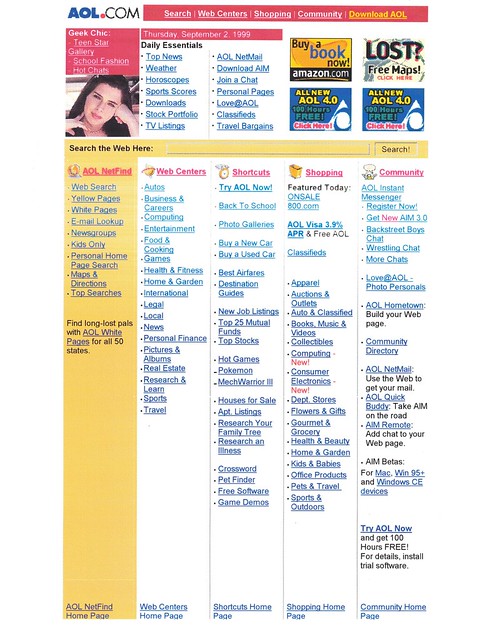