September 10, 1999: The first full day of the tweaked design featured a generic weekend fun promo, focusing on the ever-fun weather. The My News headlines reference a flareup in the 1999 East Timor crisis, as well as Israel transferring more of the West Bank to the Palestinians.

In other important news, though, check out Try AOL Now promo in the right column -- previously at 100 hours free, it was bumped up to 250 hours. And it won't be the last time that number goes up: 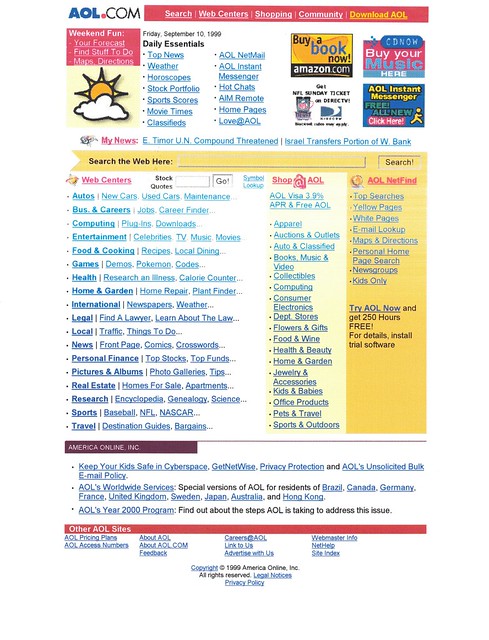 For the PM update, we featured a photo of Jenna Elfman (she was kind of the It Girl of the moment thanks to Dharma & Greg) in an Emmy preview (she'd be hosting): 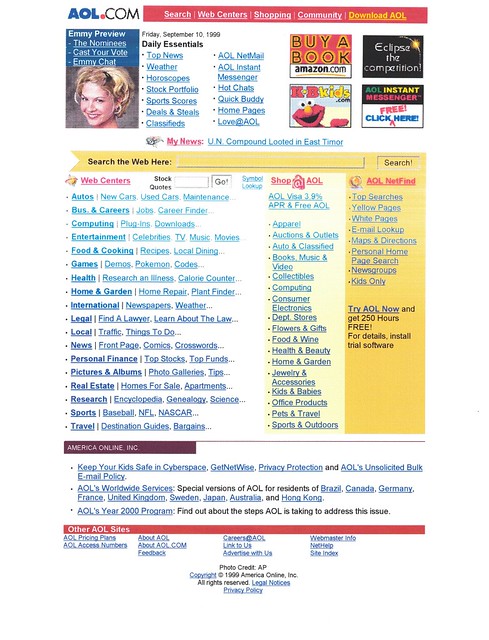