September 13, 1999: We started off post-Emmy Monday with Helen Hunt, who took best comedy actress honors for Mad About You; this was just the top block preview:

Here it is in the full, live page (which also features My News headlines referencing the latest 1999 Moscow apartment bombings, which would eventually spur a war): 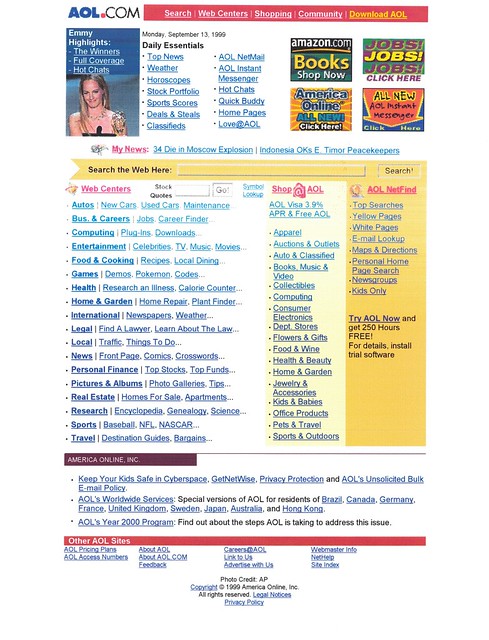 For the PM update, we switched to Hurricane Floyd, which hit the Bahamas and southeast US (sound familiar?): 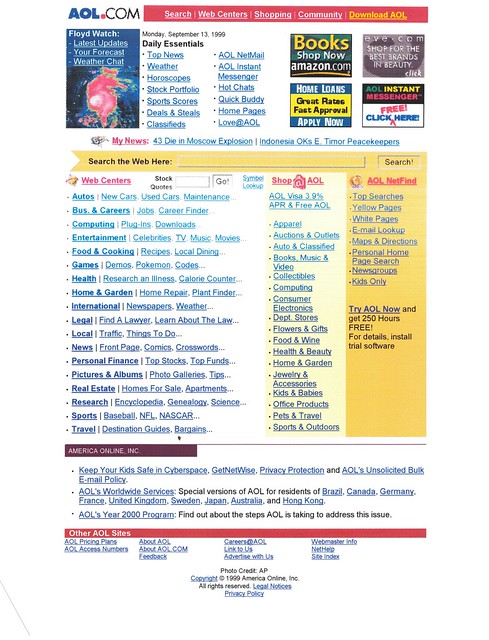 We did another update following Floyd: 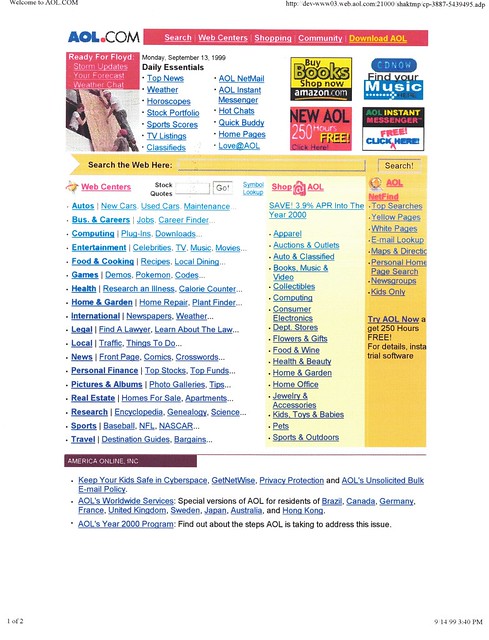