September 24, 1999: We started off Friday with the Ashley Judd movie Double Jeopardy, which once again, we didn't even bother to name (though we also didn't name the actor this time around): 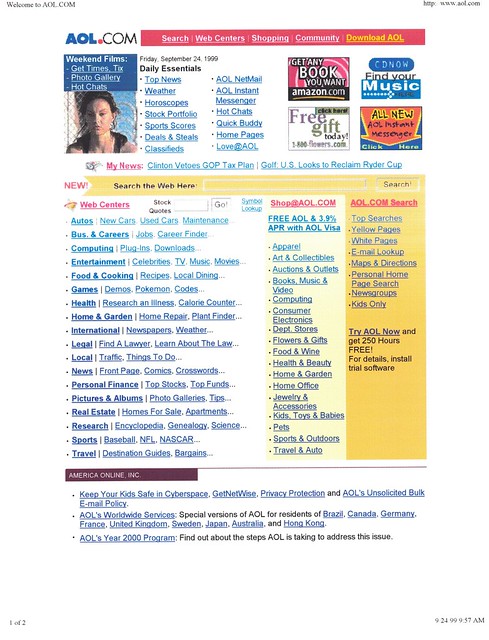 For the PM update, we went with Love Games and Love@AOL photo personals; the My News headline references the 1999 Ryder Cup, which was controversial for the behavior of American fans and competitors: 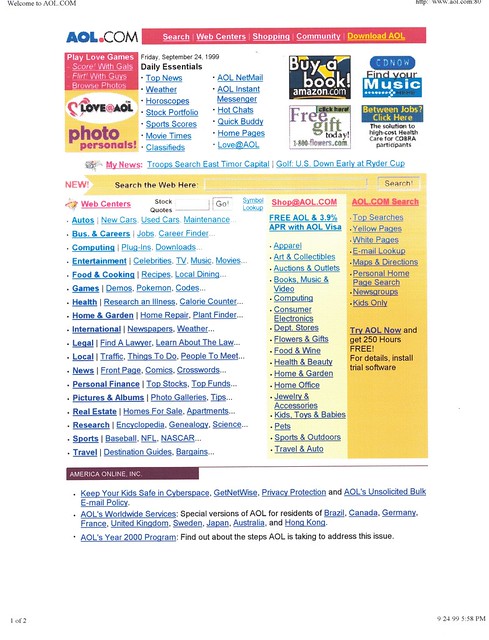