September 20, 1999: We started out the week with a Personal Finance promo that focused on how to Max Your 401(k), which didn't seem incredibly hard during a bubble: 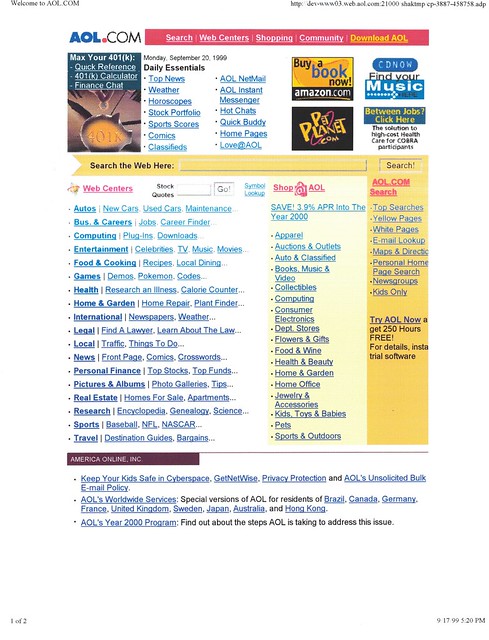 For the PM update, we went with more fall TV, featuring a photo of Calista Flockhart, since we were still at peak Ally McBeal. The My News headline references the 1999 Taiwan earthquake; this first news article cites 17 dead, though the final toll would be much, much higher. (Skipping ahead to future days, we let the News headline cover the story; we didn't give it the feature treatment.) 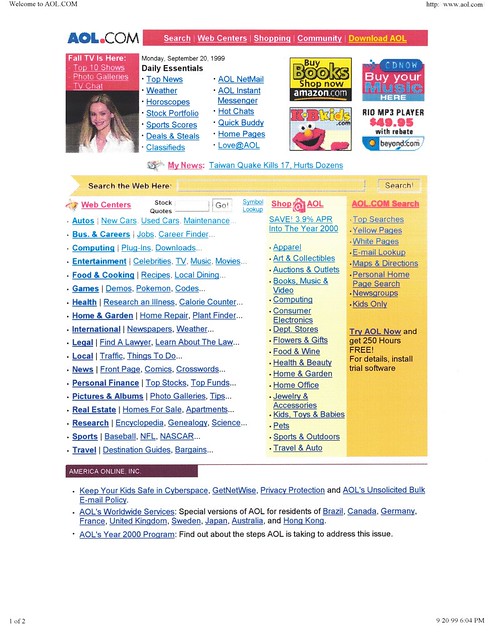 [Series note: In the late 1990s, I programmed the content for the AOL.com home page, which relaunched with a new design on July 14, 1998. I printed screencaps and saved them. 20 years later, I'm scanning them in and posting them with a little commentary under the tag #20YearsAgoOnAOLcom.]
Posted by Joelogon at 9/20/2019