September 12, 1999: Sunday was the Emmy Awards. We started with a photo of Calista Flockhart (this was peak Ally McBeal -- I'm kind of surprised they're haven't tried to reboot it yet).

As I've said before, we covered awards shows because it gave the appearance of more realtime coverage than we actually did, since we could prepare photos based on the nominees, then it was a quick swap until the Photo folks could grab something off the wires.

After a few years of this, it had a side effect of making me want to never, ever watch a live awards show again (though I remember this is the one where co-host Jenna Elfman accidentally said "New York Shitty" on the mic and had to pass it off as a jokey, tipsy word-slurring: 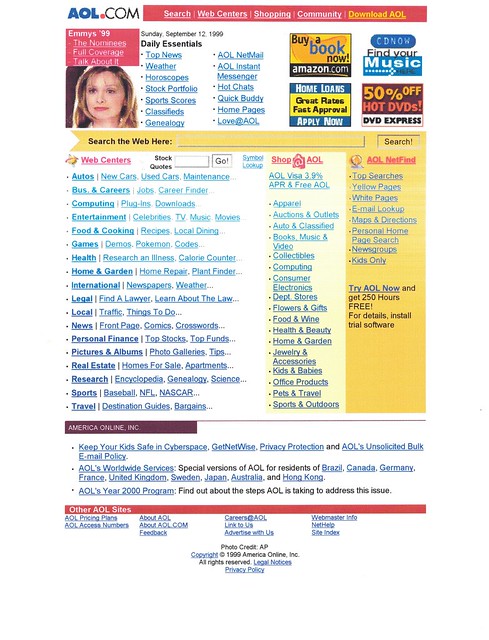 For the first update, we went with Kristen Johnston, who took best supporting comedy actress for her work on Third Rock from the Sun:

For a later update, we went back to Calista Flockhart (even though she didn't win) for the post-show followup: 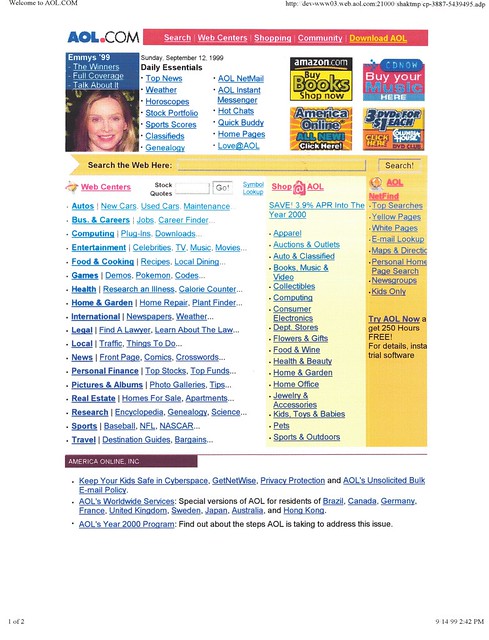