September 29, 1999: We went with the loosely themed "Find People," with White Pages (which were a thing), email finder, and genealogy (spelled out as "family research" in case that was too opaque) and tied together with a generic, multigenerational white people stock art family: 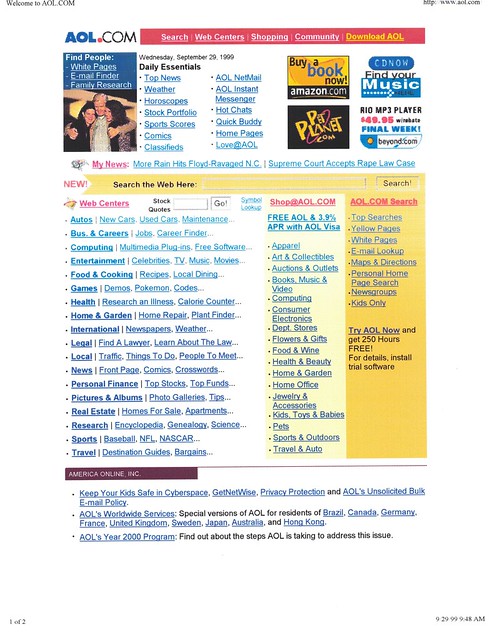 For the PM update, we were back to fall TV, with the Dawson's Creek Season 3 premiere. 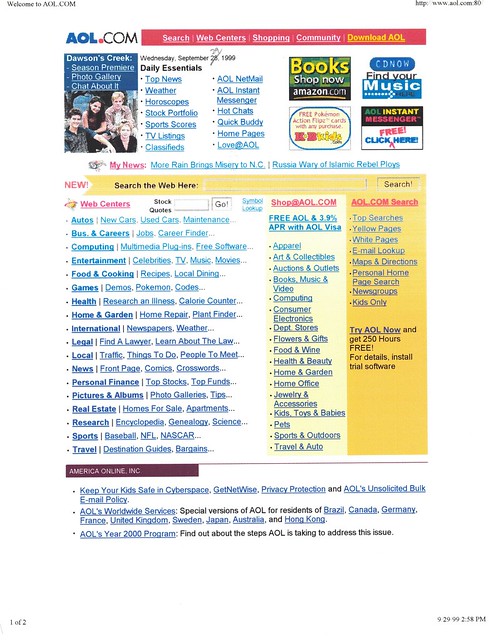 You can also see the penciled-in date correction, which means I screwed up the date again: The data was hard-coded into the HTML of each promo block. I believe I kept the HTML snippets as text files stored on my computer.) I'd just copy, paste, and modify each block, then paste them into the publishing tool (the Java-based Shakespeare), into blocks that were handled by a promo rotator/scheduler.

Those blocks would also be reused, though they had a version history you could dip into if you needed to look back. And I think we had two full sets of day blocks (consisting of day and night blocks for each weekday), so we could schedule out more than a week, although we did still schedule content pretty hand-to-mouth.

Despite our best efforts, I could never get more than a few days out, and when I did, there'd inevitably be some news event that upset our lineups. I hated Fridays and long weekends, because those were just extra days that had to be pre-scheduled.