September 5, 1999: For this Sunday before Labor Day, we lead with a blonde presumably 20-something actress portraying a teenager in some teen-focused TV show. No idea which one.

The first link is "Back to School," which was probably a bit more parochial in retrospect: at the time, schools in Virginia usually didn't start after Labor Day, due to a law popularly known as the Kings Dominion Law (it was repealed in 2019) -- there's a good chance that the rest of the country was like, "What are you talking about, we've already been back to school for weeks": 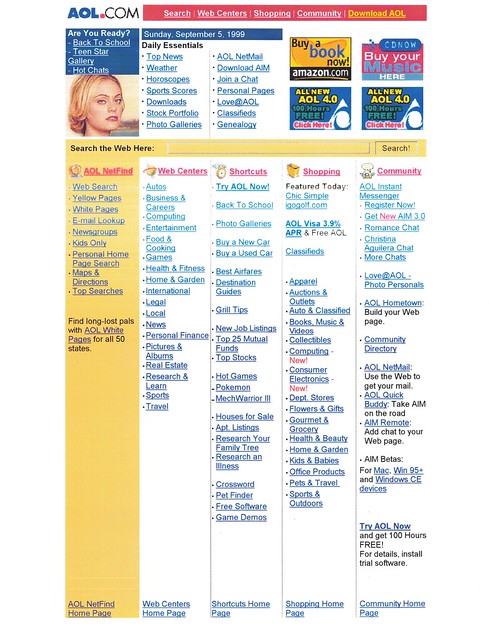