July 30, 1998: Another Sports promo graphic, featuring Randy "The Big Unit" Johnson. (Not to be confused with an Absolute Unit): 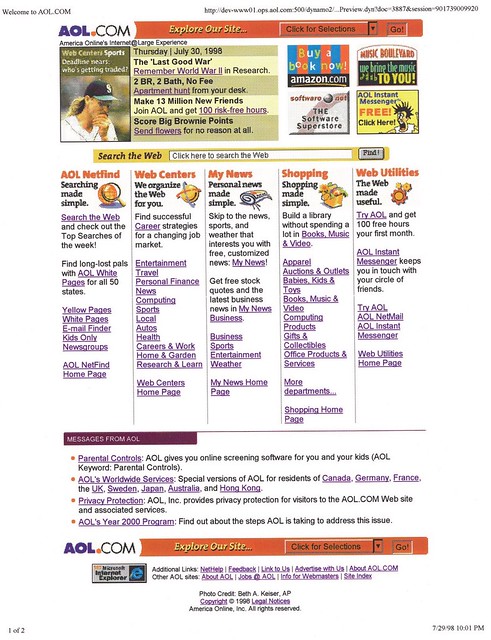 Also, in looking through the past screenshots, I realized I missed a change in the Messages From AOL section at the bottom of the page: A week after launch, around July 22, we added an item about AOL's Y2K preparations, linking to a page on the AOL corporate site (corp.aol.com at the time, now redirecting to Oath).

The publishing preview says the item may begun with the wording "AOL and the New Millennium: Find out about the steps AOL is taking to address this issue," though subsequent pages use wording that's much more direct: "AOL's Year 2000 Program."

The Messages From AOL section was provided by CorpComm (corporate communications) and didn't change very frequently.