July 22, 1998: The first American in space, astronaut Alan Shepard, died in California late Tuesday night, and we got the news Wednesday morning.

While this version of the home page wasn't set up for breaking news (or really, any news at all, save for the My News promos in the center column), we knew we were going to get there eventually, and Shepard's death, though tragic, gave us an opportunity to try things out during the business day.

The page lineup shown here wasn't the one that was originally scheduled (obviously); this is a publishing tool preview that shows I'd swapped out the first text promo with the news story. You can't see the time stamp in the scan, but it shows that the screenshot was taken at 1:27pm ET. 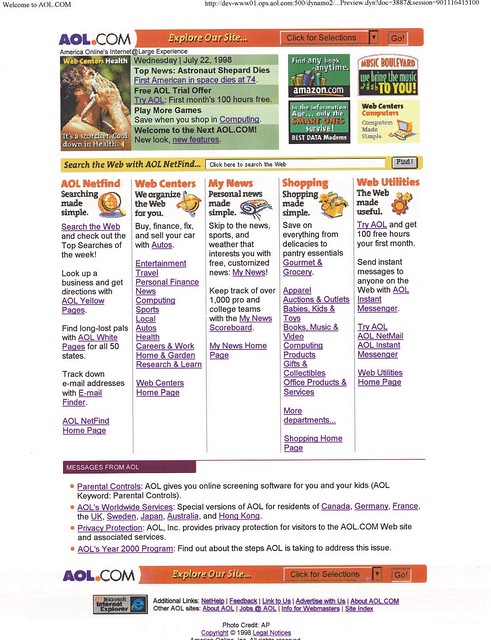 This bought us some time until we got Shepard's photo and turned it into a graphic promo, which I then swapped in. I don't know how long it actually took (this next screenshot is one I generated from the publishing tool the following day), but it was probably at least an hour.

Our inability to rapidly turn around graphics with integrated text to react to breaking news would be a strong argument for switching to text headlines in graphic promos... but that would take a while. 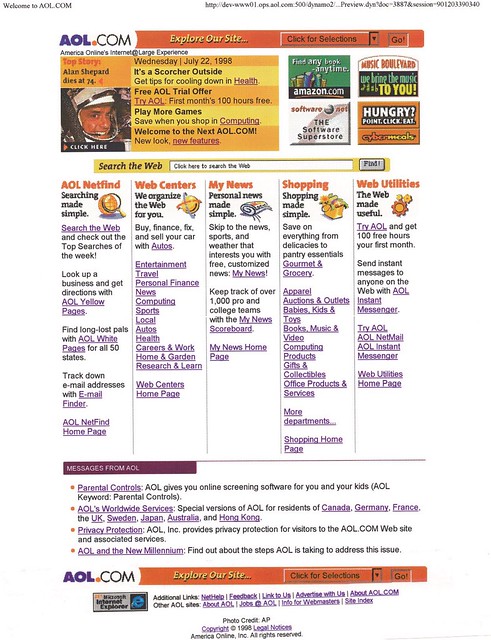