July 16, 1998: Nothing particularly interesting; the graphic promo is a fairly generic promo for the Travel Web Center.

Web Centers were just categories; they almost, but not quite, aligned to the AOL Channels. Part of the reason was to increase the available ad inventory (at least it was, later on): they weren't extensions of AOL Channels on the web, they were completely different, and differently sellable thing. That was our story, and it was true (at least as far as they reflected the organizational relationship between AOL.com and the AOL service channels.)

Also, If you look in the Web Centers column, you see that they're listed in order of popularity, not alphabetically. 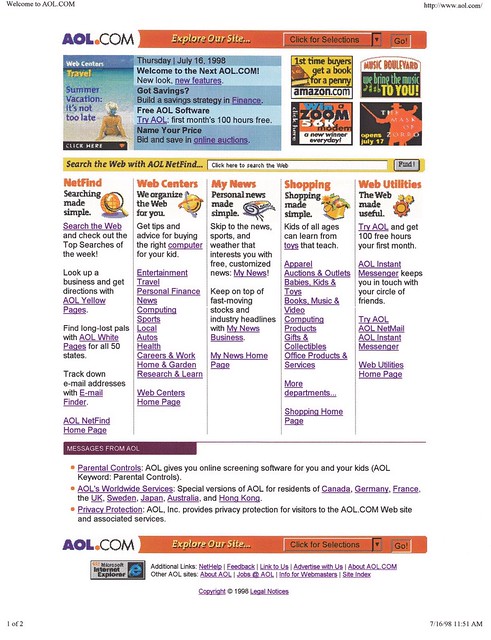