July 28, 1998: The original lineup featured a Travel Web Centers promo with a very nice purple image of the Eiffel Tower, which I'm including below the fold just for the sake of historical completeness, because it was all mooted when Monica Lewinsky was given a deal for immunity: 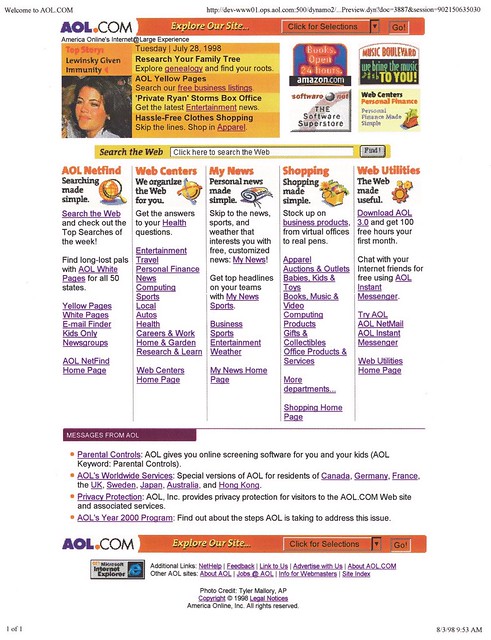 By now, the routine for dealing with breaking news was pretty... routine. Of course, the News team was used to the rigamarole, and AOL.com's content needs were pretty light.

Jumping back to the future, like many of the alternative bands of the 1990s going on 20th and 25th anniversary tours, Monica Lewinsky has made something of a comeback. 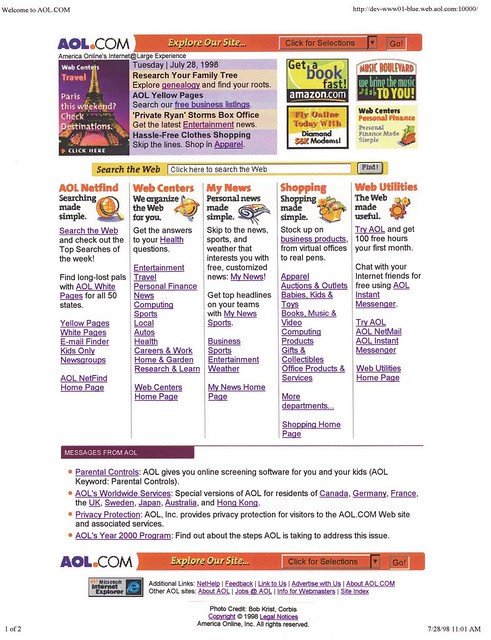