July 20, 1998: Another screenshot from my offline copyfit mockup.

One thing I just noticed that annoys me: The first three text promos (in the top block) use headline case, with articles and prepositions of less than four letters left uncapitalized. But the fourth promo—the Shopping promo—has everything in the headline capitalized.

I want to say that it was given to me by someone on the Shopping team, but it just might have been a lapse on my part. 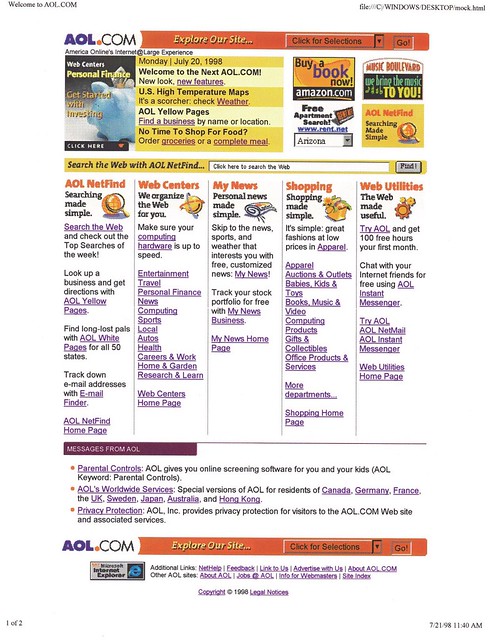 The timestamp on the bottom shows that this screenshot was done ex post facto.