Then, another conveniently placed bit of breaking news during the business day happened: the 1998 US Capitol shooting, where a gunman shot and killed two US Capitol Police officers (OK, convenient isn't the right word.) 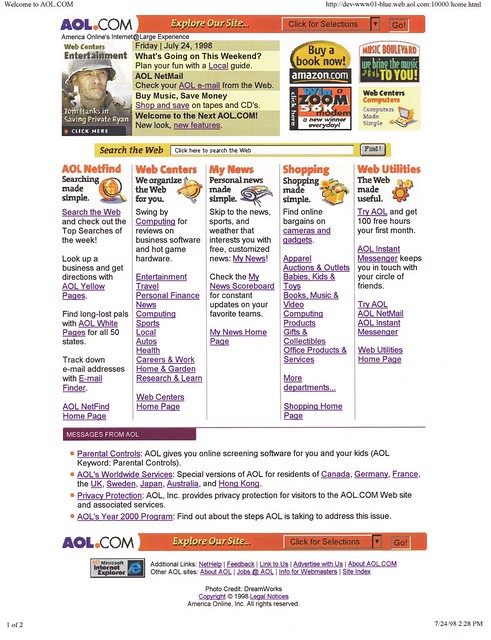 This was the attack that ultimately led to the creation of the US Capitol Visitor Center.

I swapped out the first text promo, which was a generic Local Web Center (basically Digital City) promo, and replaced it with the news item: 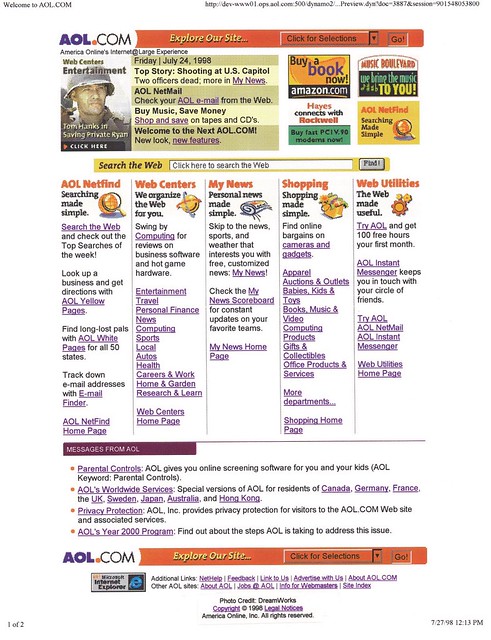 In other happenings, this was the first promo block promotion for AOL NetMail. I think at this time it was still powered by an ActiveX plugin; it would become a lot more central to the site.