Stalked by Vampire Deer at Great Falls on Halloween

I never did blog my pics from my Halloween avoidance hike in Great Falls Park which, despite only being a few weeks ago, feels like a completely different (not to mention much brighter and warmer) time.

As usual, I started in from Riverbend Park, which is about a mile upstream from the falls. In addition to not charging an entry fee, there's rarely a line, it passes by a dam, and the trails are nice.

I took photos of trails and trees. I like tip-ups and widowmakers (broken off branches hanging in the canopy, caught on lower branches), but I couldn't capture any good examples. This closeup of a tree trunk was kind of neat: 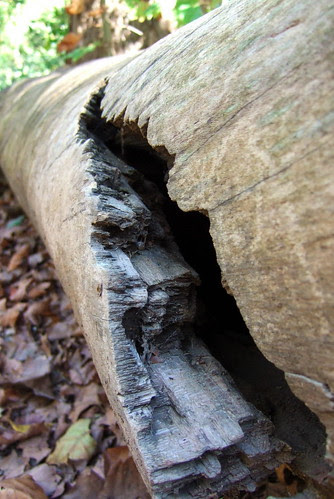 The depth of field comes from using the macro setting.
There's also a log trapped on a big rock just off shore. I've seen it before -- I don't know if it has a name, so I call it "Logon Rock": 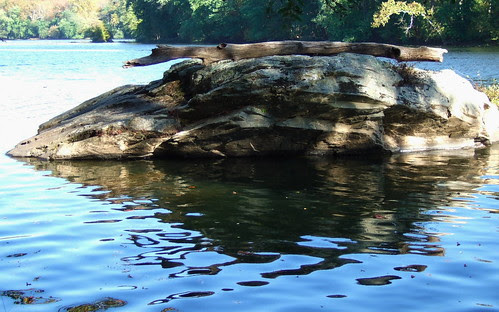 Log on Rock. Logon Rock, get it?
I took a bunch of photos at the Aqueduct Dam. There's a fence at the end of the walkable part: 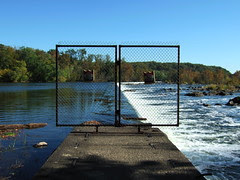 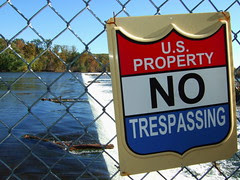 And of course there's water going over the dam: 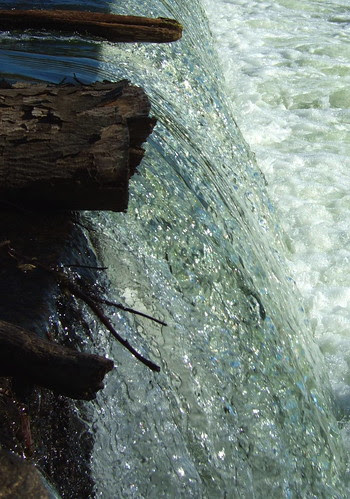 The photos of the actual falls are pretty generic and not very good -- I was there late in the afternoon, so there the parts in the sun were really bright, right next to really deep shadow, even after twiddling: 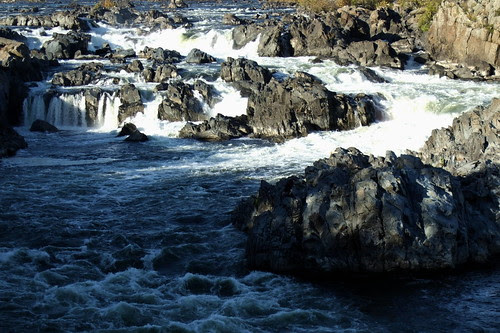 There were two kayakers in the rapids. I went down to the water's edge and stalked one for a while: 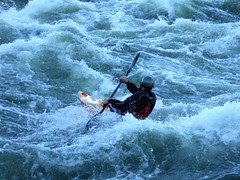 As I headed back, I saw one of the photographers who had set up on a cliff downstream. Here he's talking to another visitor -- I like the way the falls looked almost like a matte painting: 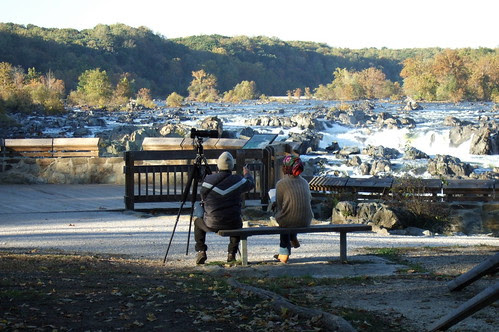 On the hike back, I kept hearing rustling noises in the woods. I didn't see anything, so I figured they were squirrels or other small creatures, but I eventually saw that they were deer: 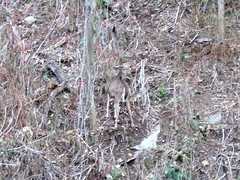 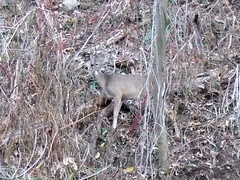 Well-camouflaged.
I still think deer are neat -- as long as they don't give me Lyme disease or run out in front of my car. It seemed they were following me -- I tried getting closer, but they heard me and got spooked.

Hiking back up the trail, here's mirror-like water at the dam: 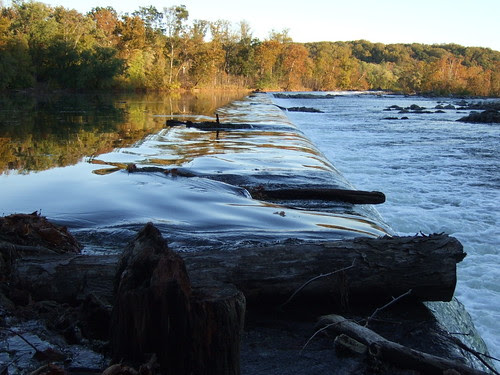 There's also a tree falling into another tree -- the hollow in the supporting tree kind of looks like an open mouth screaming: 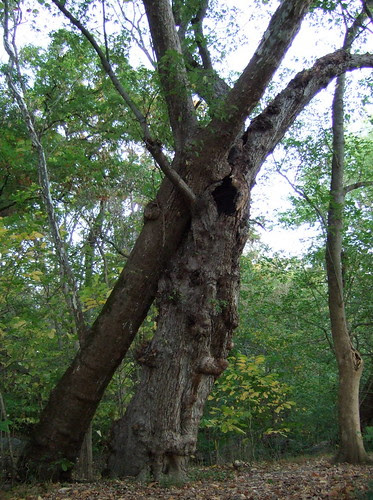 Finally, here's what looks a trash barrel, though the sign clearly says that it's not for litter. Or am I being too literal? 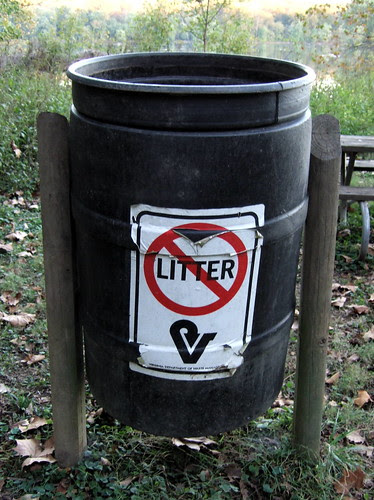 Anyway, that's it. The full set is 118 photos: Halloween at Great Falls. I suppose I should go again now that the colors have changed.

I like the close-up water over the falls photo. And, yes, you're being too literal (but I can get like that also sometimes, the signs should just be more clear). Dag, 8 letters for the "catcha" word verification!