Go to a Caps Game, Get a Flu Shot!

I went to the Caps vs. Panthers game on Monday, tickets courtesy of Uncle Ted (Leonsis, natch), who blogged about the game -- a loss -- and acknowledged the fans' unhappiness (as evidenced by the chants of "Fire Hanlon" and "Please Don't Suck.")

Me, I don't care about any of that stuff.

Anyway, as might be expected from a Monday night game on Thanksgiving week, the crowd was pretty thin, even filled out with AOL employees holding complementary tickets.

On the plus side, there wasn't any line if you wanted to get a flu shot: 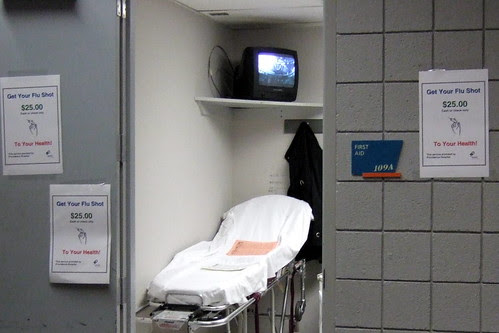 Our seats were really good -- Section 105, Row L, just behind the goal: 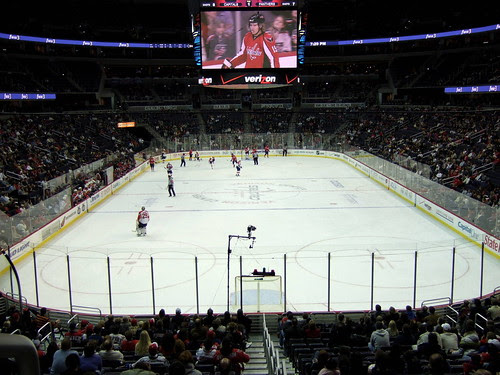 Between periods, one of the AIM product managers, Ryan, was a contestant in the Fan Announcer Challenge: 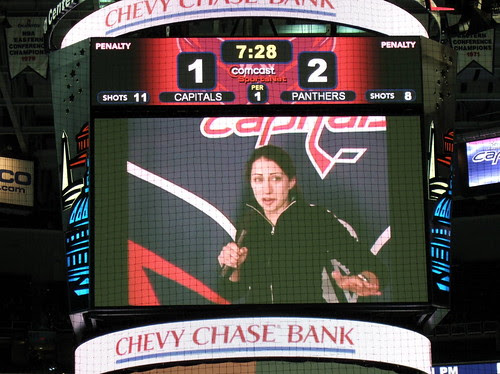 She won. Funny how that works.
I saw more than a few familiar faces on the big screen and in the stands.

I have to admit, though: I was an ungracious guest -- every time the announcer mentioned AOL, I booed. Loudly (just being playfully contrary, or something): 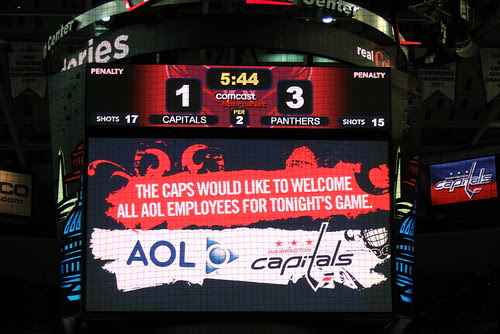 "The Caps would like to welcome all AOL employees (and ungracious involuntary alumni) for [sic?] tonight's game."
Like I said, the seats were really good. Since we were behind the goal, we had a clear view of four goals. Of course, only 2 of them were Caps goals (we'd started out at RFD and got to the game when it was 1-1). Here's a save: 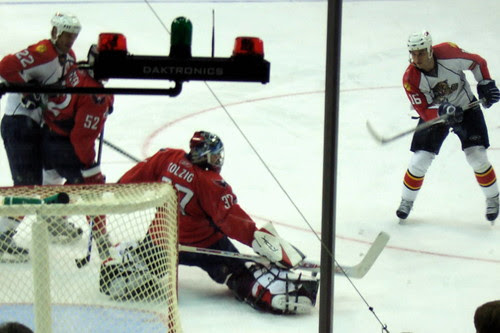 Afterwards, we hung out at Fado for a bit, where there was a somewhat-resentful trivia night crowd, then packed it in.