August 31, 1999: For the last day of August, we went with Real Estate listings; the My News headlines reference an aftershock in Turkey and Hurricane Dennis skirting the Carolina coast: 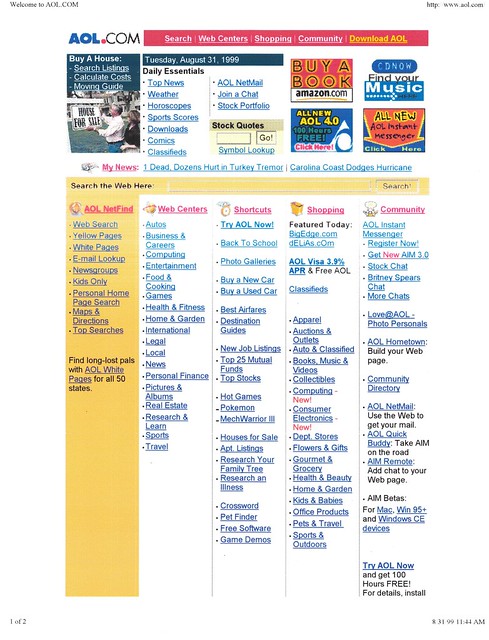 For the PM update, we went with a preview of the Buffy spinoff Angel, which would kick off later in the fall: 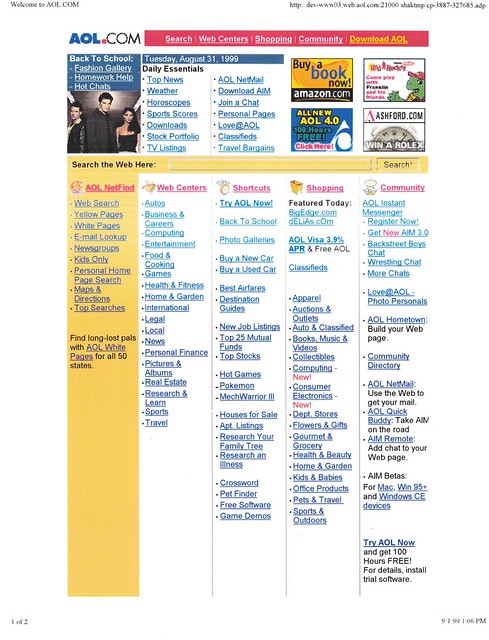