August 3, 1999: Apparently, August is hot. The lead was another stretch of hot weather, plus a drought headline in the My News section (along with updated headlines about the Indian rail crash): 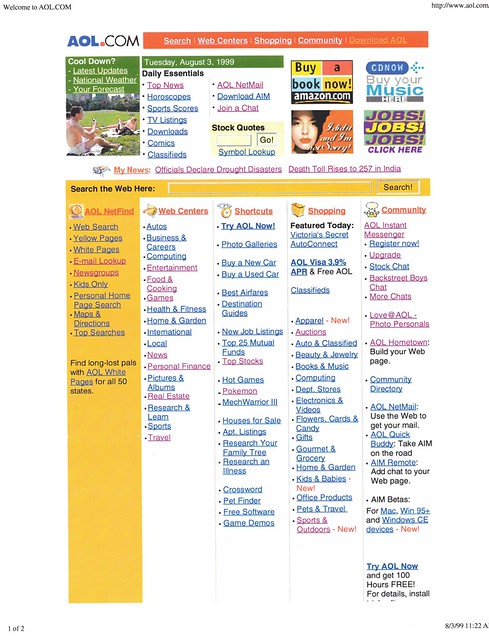 For the PM update, we switched to a Travel promo for European airfares and destination guides, with a pic of the Roman Colosseum (or at least "a" colosseum, I can't be definitive from the pic): 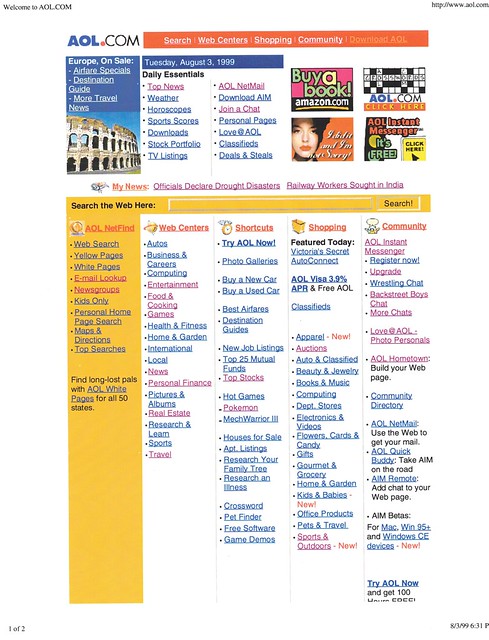