August 10, 1999: We started with a promo for AOL's web page builder that was... green. It just had "Favorite TV Shows" in white text on a pea-soup green box. And that was it. I can almost completely guarantee that there was no animation, no nothing. Terrible, simply terrible: 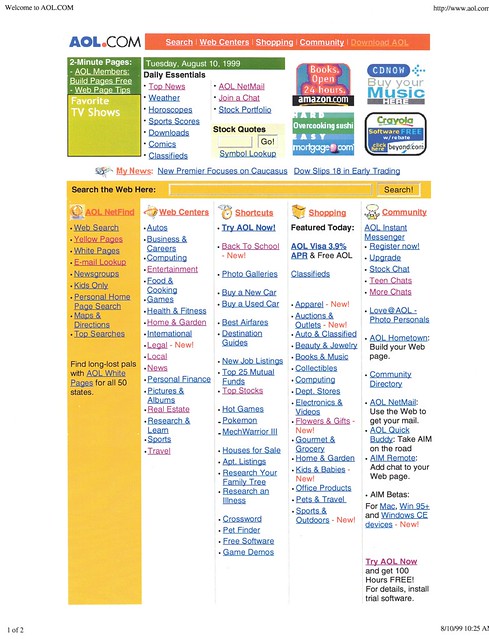 For the PM update, we went to the AIM promo that was repurposed and indistinguishable from one of the AIM ads you'd see in the ad block to the immediate right.

In the My News headline, you see "Gunman Shoots 3 Kids, 2 Adults." This is a reference to the Los Angeles Jewish Community Center Shooting, where a mentally ill white supremacist (but then, I repeat myself) shot up said community center; he wounded five and later killed a mail carrier who he shot nine times because he thought he was Asian or Latino: 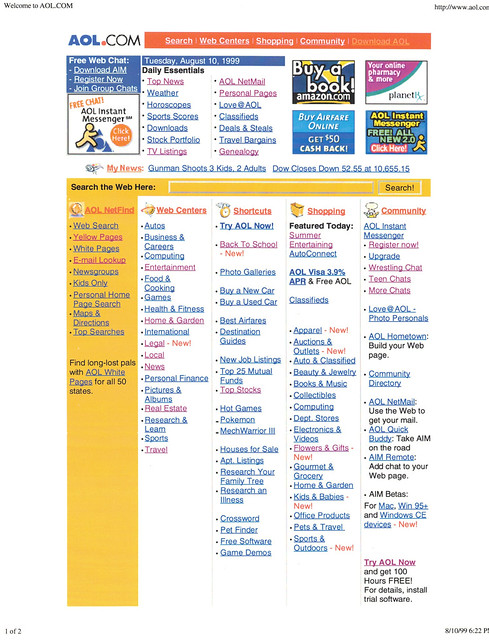