August 2, 1999: Another Monday saw another stocks and portfolios promo, with the most generic of generic market photos: The "Wall Street" street sign: 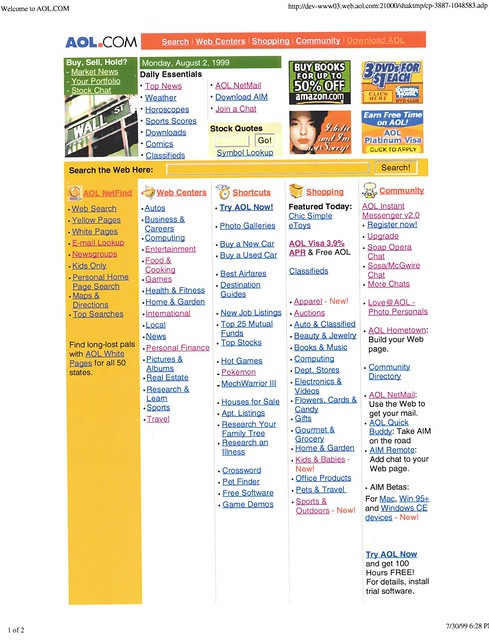 For the PM update, we went with another "Get a Web Page" promo, for either 1-2-3 Publish or AOL Hometown (probably the former), with the "My name is Sue" graphic which was either an animated gif or just really lame.

The My News headline, "190 Killed in India Train Collision" refers to the Gaisal train disaster, which killed at least 285 people and barely rated a mention in the US: 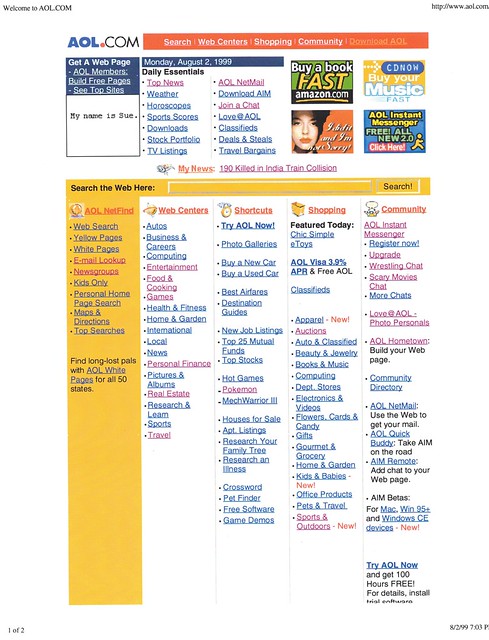