August 13, 1999: It only took about a month, but we finally realized we could leverage the impact of The Blair Witch Project; we also included The Sixth Sense in a scary movie package: 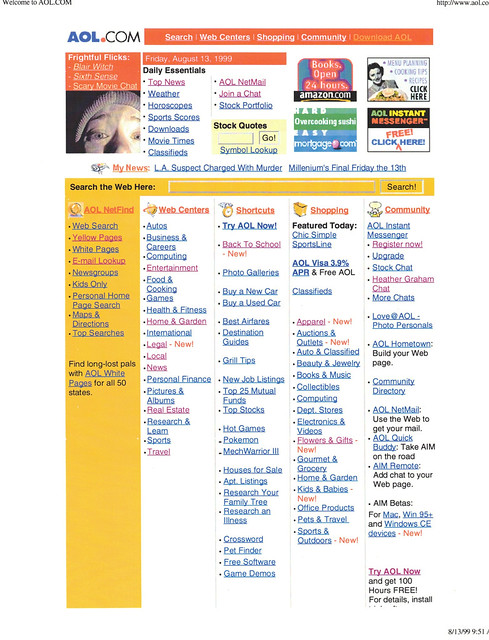 For the PM update, we went (briefly) once again with AIM Web Chat: 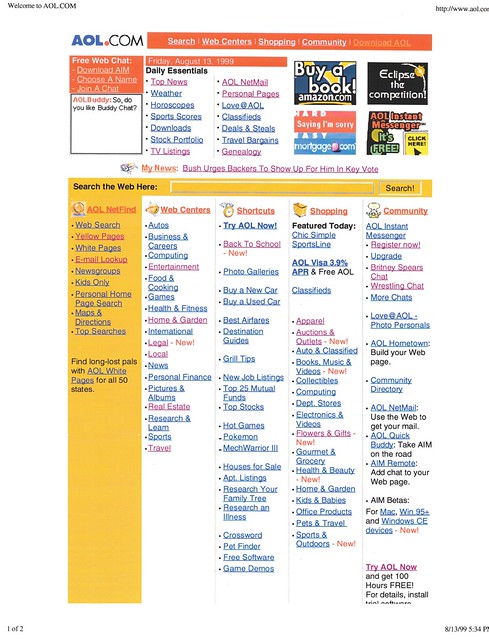 ...and then a little bit later, we switched over to KISS and Detroit Rock City: 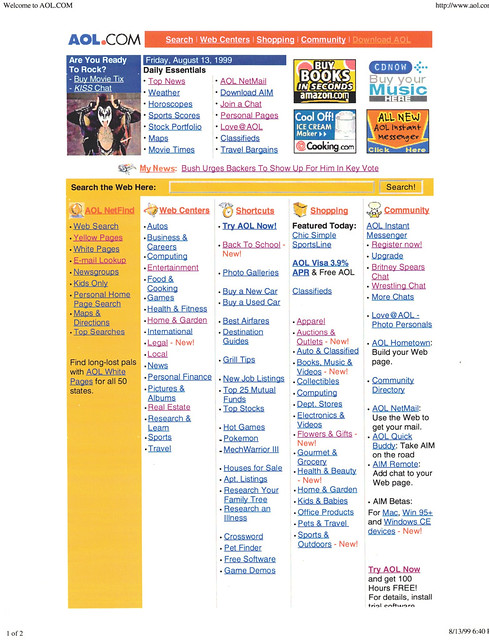