As predicted, I bagged the Book Festival on Saturday and headed straight (and late) to Clarendon Day. It was a beautiful day, so we immediately ducked into Hard Times. (I had two chili dogs.)

The rest of the day outside was nice, even though they only had Miller Lite left. We met up with a few more folks and headed to the roof deck at Clarendon Ballroom (walking past the band on the main floor that, at the time, was playing to a completely empty house -- though things picked up later in the evening).

There was a series of pipes that looked straight out of Blue Man Group: 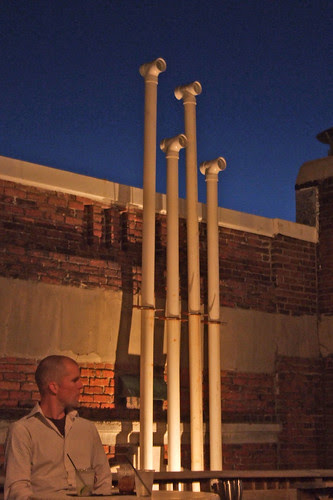 Rock Concert Movement #1: One, two, ready, go.
We then went to Eleventh Street Lounge to carouse for the rest of the evening. There was a private party at the new downstairs, so we just lounged upstairs: 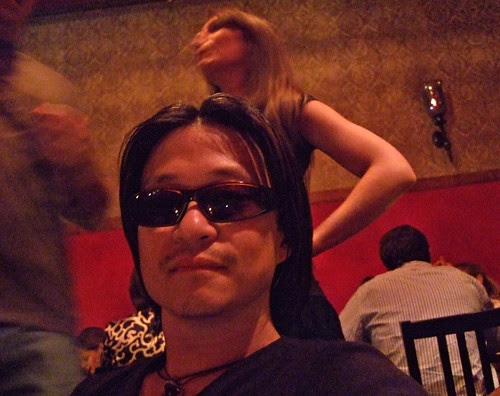 Me, lounging in borrowed sunglasses. 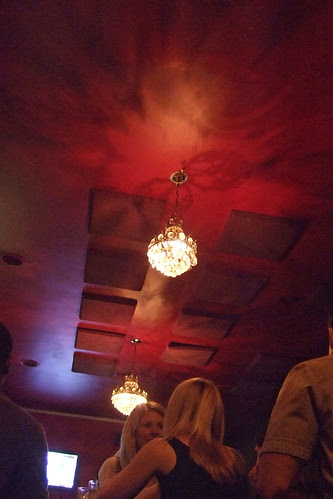 Sunday, also got a late start (sensing a trend here) and rolled out to Crafty Bastards. As last year, in the face of sensory and hipster overload, I didn't take very many pictures.

Well, there was evidence of one fine specimen of human being who evidently felt it necessary to take a VW Thing and lower it: 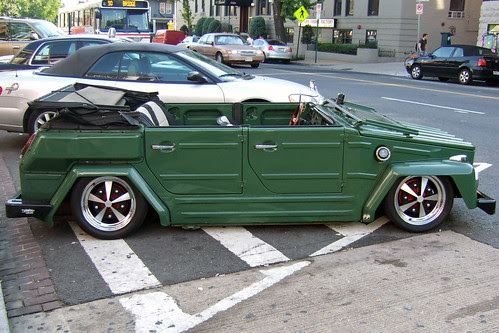 I bought a few t-shirts, which I'll try to model this week (they're keen). I also went to Amsterdam Falafel. It was good, even though I failed to achieve optimum condiment distribution.

That was about it.