Effects of a Layoff, in Facial Hair

Here's what a week of unemployment has done to me: 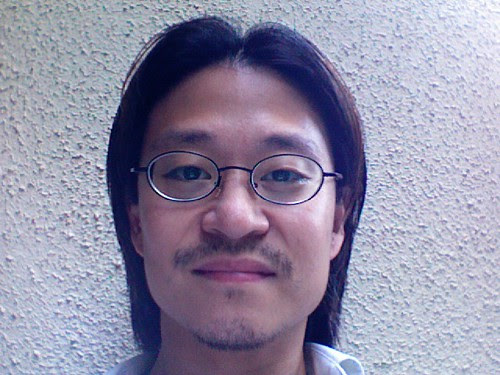 Actually, that's two weeks of beard right there -- a week of sick and a week of slack. What you see is what I get. And that's it -- nothing more, nothing less. (How could there be less?)

It's unlikely I'll keep it much longer -- if I do, I'll need to clean it up a little. The iSight camera isn't catching it well, but the word "patchy" does not do it justice.

Speaking of which, this is also the first pic I've taken using the Macbook's built-in iSight camera, uploaded via Flickrbooth. And following up on my trip to the Apple store, they took a look at the bump on the trackpad and just replaced it with a new machine (since I'd only had it for a day, barely).

I fired up the new machine last night, but when I tried using Skype, it wasn't recognizing the camera. I was afraid I had another lemon, but I did some searching around and found that resetting the System Management Controller (SMC) fixed it for other folks with similar problems. (Real simple -- pull the battery and hit the power button for 10 seconds.)

I'm still fiddling with the Macbook to get it just right (I'm also taking this opportunity to go over to Thunderbird for all my personal mail -- I've been using PINE all this time) but I'm pretty much up and running now, and I'm almost caught up on everything I missed last week when I was offline (I'd used my work laptop for nearly everything, so I needed to get the new system up and running). I guess I'll cover all that excitement in another entry.

What are you? Twelve?

I suppose one of the benefits to having that level of facial scruff is that you probably save a mint on replacement blades for the razor.

Good to see you writing, Joe. Peace out!

I'm not even going to dignify that with an answer.

Dammit, I just did.

You know Joe, some girls really go for that scruffy rugged look. ;o) Wishing you all the best. You will be missed in J-land.

Why thunderbird rather than Mail.app

I'm one of those who likes the "scruffy" look, as barbara calls it. Makes you look like a free spirit.

Curious Strangler: I like the extensibility of the mozilla stuff, but your comment has prompted me to reexamine my ways. I shall try mail.app and play with both.

love the new look. i think you should keep it

There's a fine line between that "scruffy look," and looking like a twelve-year-old Amish girl with a hormone problem.