I went to the revitalized-for-2007 DC Blogger Meetup on Wednesday at RFD & dragged along my friend Adam (who has a blog, but hadn't been part of the dcblogs.com scene).

It was pretty hopping. I had a few Leffes. I also took this picture of the men's room wall: 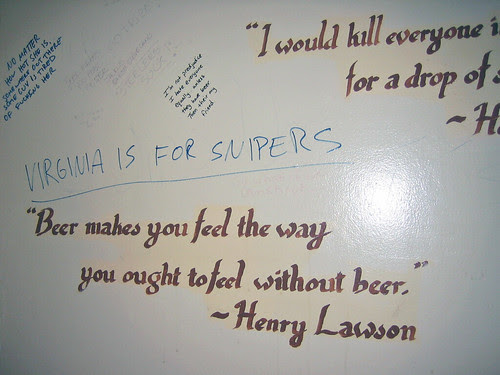 "Virginia Is for Snipers" and some other quotes.

Saw a bunch of familiar faces and met a few new folks. I also:
Here's my sole other photo from the evening: 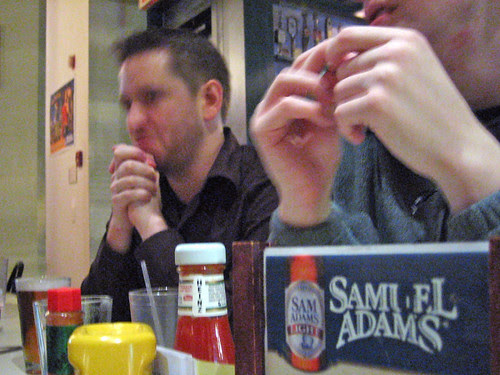 Eventually, we got a ride back into Arlington and hung out at Ragtime for a couple. I'd never been before, oddly enough, and had been led to believe the demographics were pretty favorable, though I didn't see much evidence of that.

Hey, not my fault that this Wednesday did not live up to last weeks outing. Besides, I do not actually see other females - Jenny does not allow it. The Ragtime demographic judgment came from Mr Mazza, not I :)