March 7, 1999: Sunday's lead was a preview of the NCAA men's basketball tournament, which would begin the following Thursday: 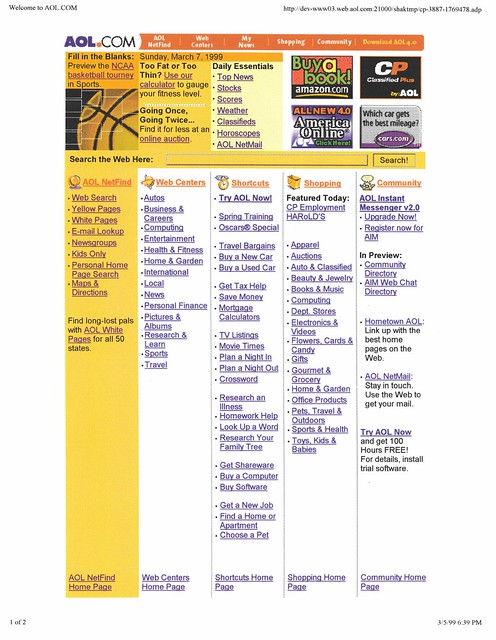 Now, I have a preview screenshot that suggests we did a PM update that featured tax help, though I'm not convinced that it ever went live on Sunday, since it features the same content as the following Monday AM slot: 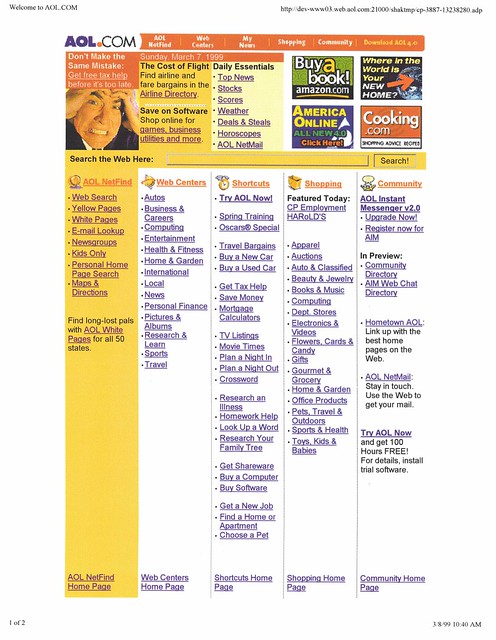