March 5, 1999: We started out the day with a meaningless member (AOL, not Academy) voting poll for the Oscars featuring a Gwyneth Paltrow pic from Shakespeare in Love, along with Local fun and NCAA apparel: 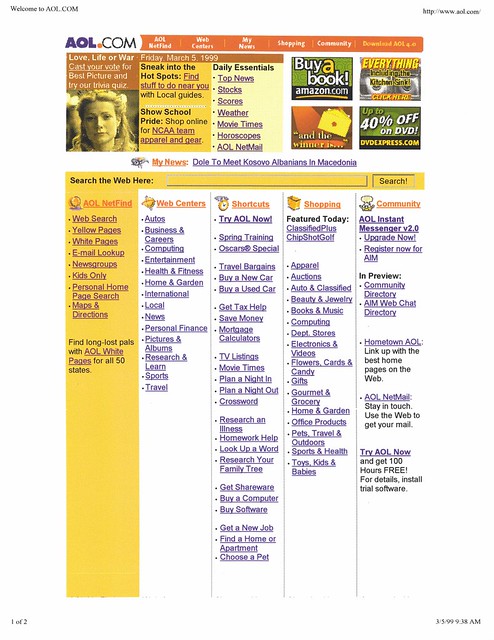 We did a mid-morning switch to feature the soaring Dow (which broke through 9,700); we might have done this even if we weren't overly focused on tech stocks: 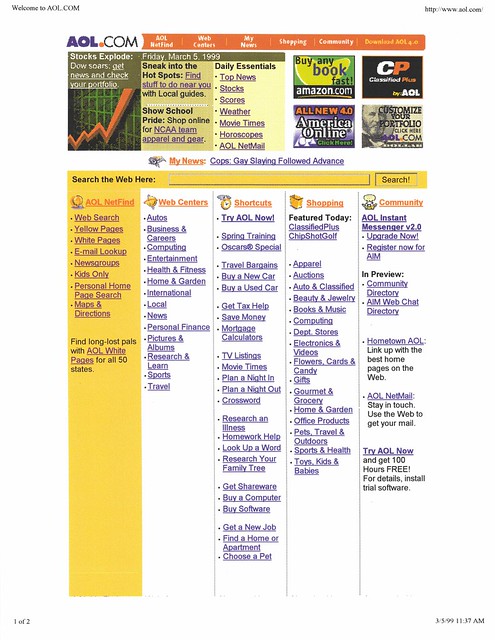 For the PM update, we switched to a pic of Sarah Michele Gellar in Cruel Intentions. However, look at the "Kick Butt" headline for Tae-Bo workout tapes and gear... 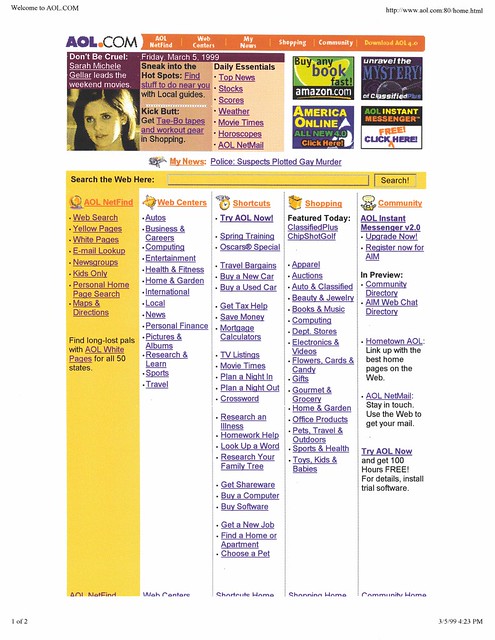 ...which we had to reword not long after to "Kung-Fu Fighting"—apparently, "butt" was too spicy for our audience (or at least our leadership): 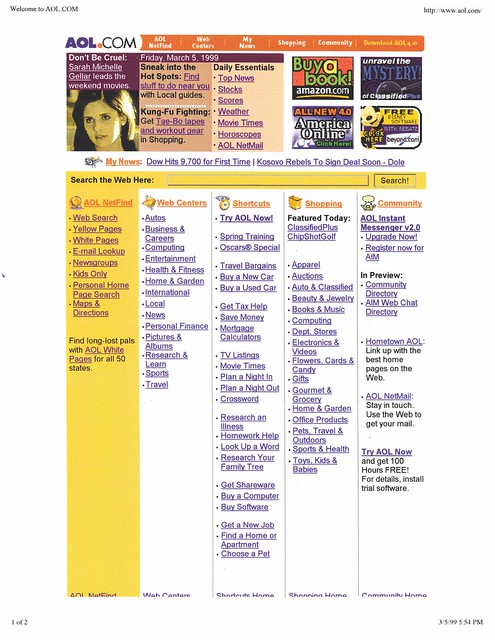