March 6, 1999: We went with Oscar-nominated war movies for Saturday, featuring Sean Penn from The Thin Red Line (and pitting it against Saving Private Ryan in whatever silly Oscars poll we were running). The other text promos were for AIM chat and 40% off Monica's Story: 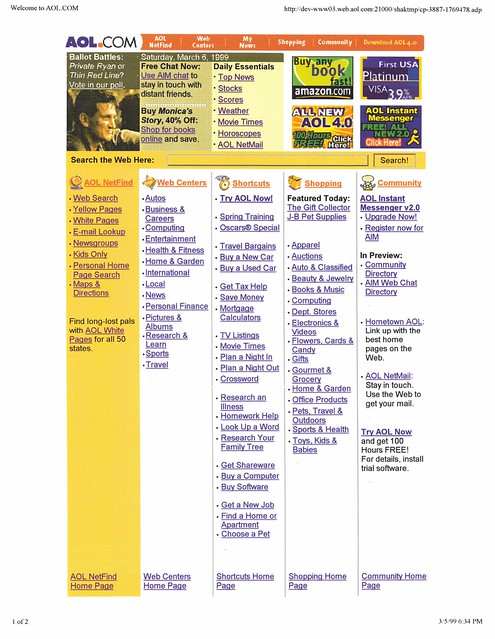 \
[Series note: In the late 1990s, I programmed the content for the AOL.com home page, which relaunched with a new design on July 14, 1998. I printed screencaps and saved them. 20 years later, I'm scanning them in and posting them with a little commentary under the tag #20YearsAgoOnAOLcom.]