March 26, 1999: The Friday lineup led with movies: The Mod Squad versus EDtv (with, as 20 years of hindsight shows, neither having much lasting cultural impact), as well as a Star Wars quiz to whet peoples' appetite for Episode 1. 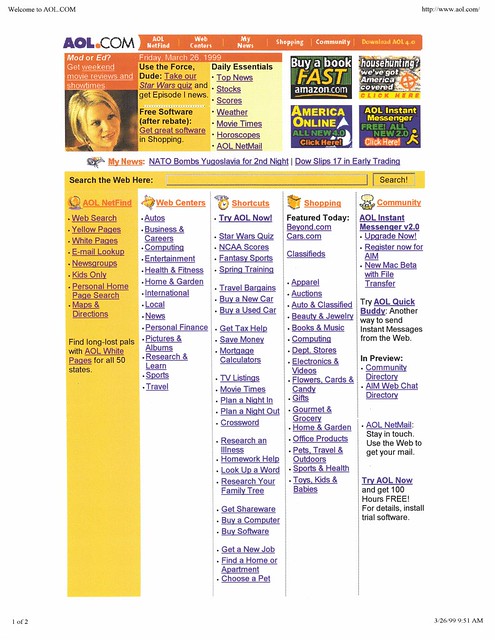 We kept the same lineup for the PM update, though considering that NATO was still bombing Yugoslavia, we put the Kosovo Crisis back in the top text spot. 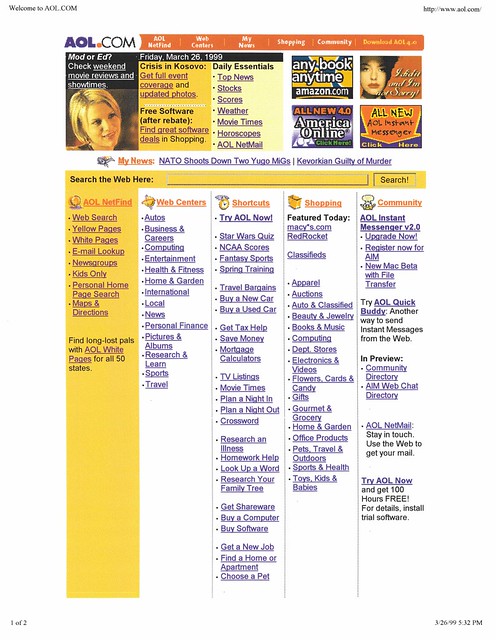