March 24, 1999: We started out with fantasy baseball and a pic of Mark McGwire; that didn't last long, because we then switched to NATO air strikes against targets in Yugoslavia: 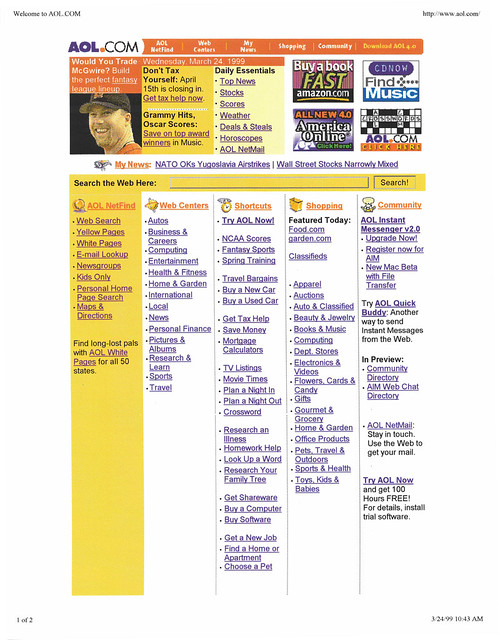 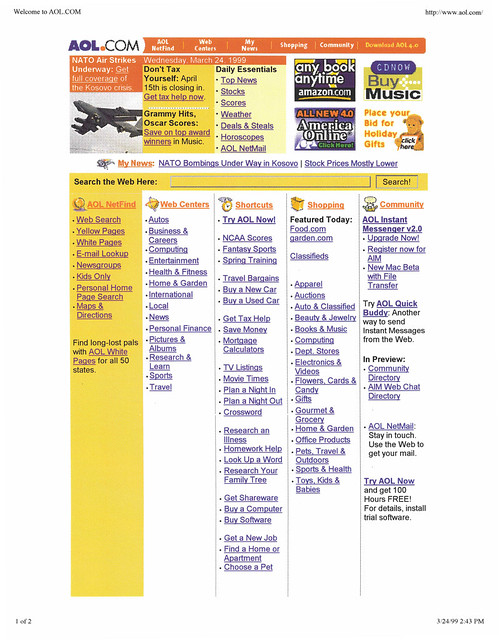 For the PM update, we switched photos and referenced the NATO name for the strikes, Operation Allied Force: 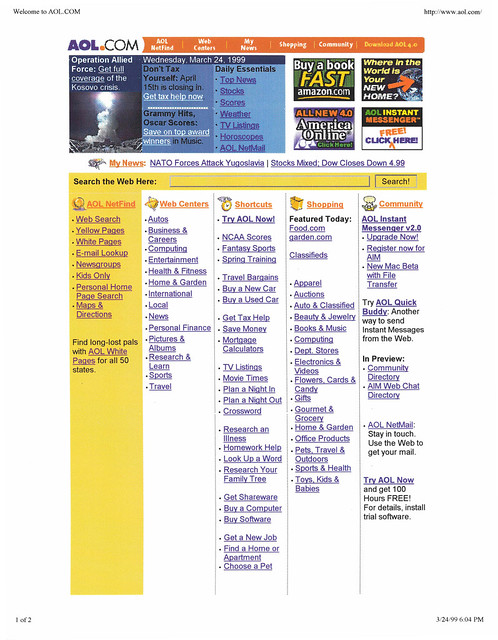 The last update of the evening added a link to a photo gallery: 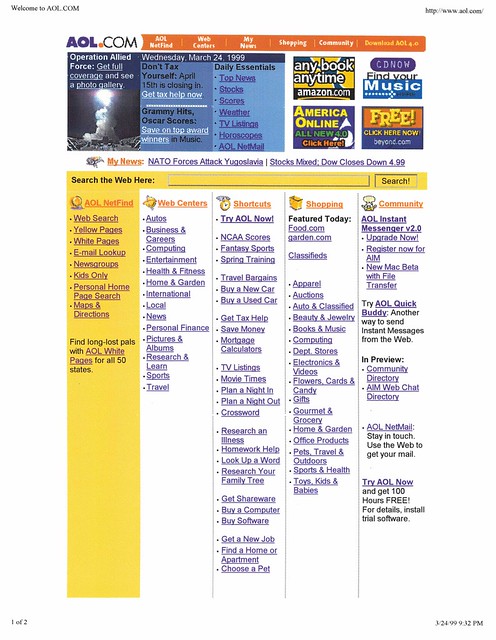