March 4, 1999: For the morning, we went with Travel, along with Hometown AOL and free online classifieds. In the My News headlines, we see another Lewinsky item, as well as followup to the killing of eight western tourists in Uganda: 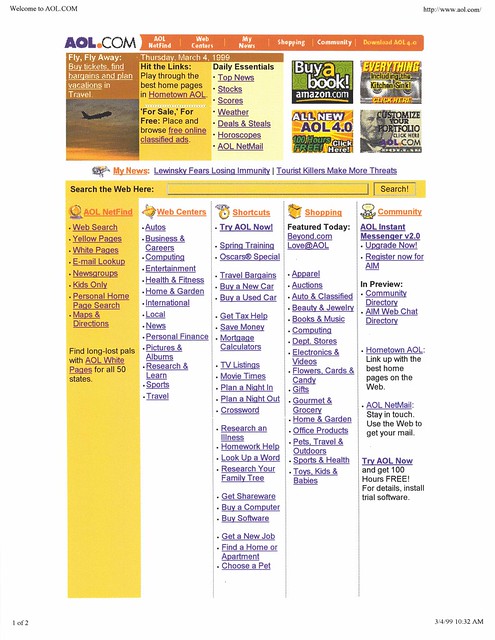 For the PM update, we featured college basketball. In the headlines, we also see the acquittal of the Marine EA-6 Prowler pilot who struck a cable car line in Italy, killing 20, as well as the death of ex-Supreme Court justice Harry Blackmun: 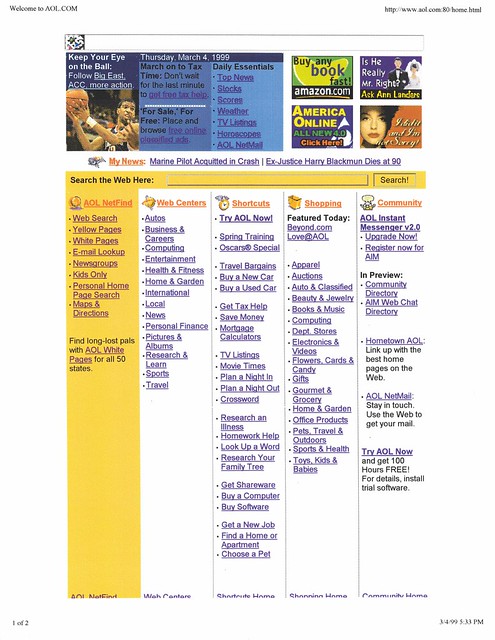