March 25, 1999: We led with the second day of the NATO strikes (using a photo of a NATO Tornado fighter-bomber), along with calorie calculators and spring flowers: 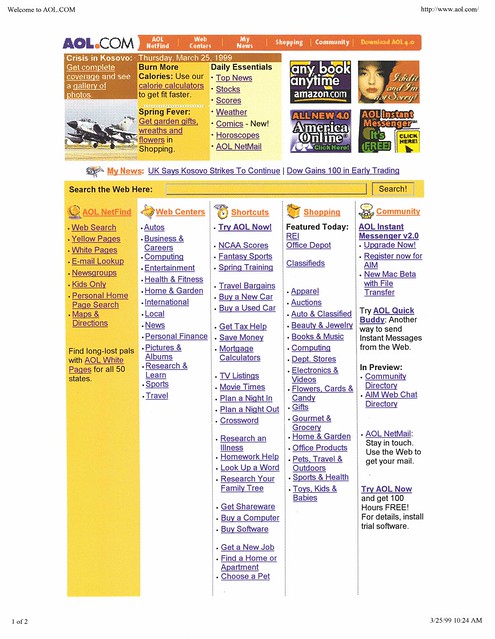 Then, for the PM update, for some reason we switched to Britney Spears. No idea why she was in the news.

I neglected to notice that we put a promo for AOL Quick Buddy in the Community column; it was a predecessor to AIM Express: 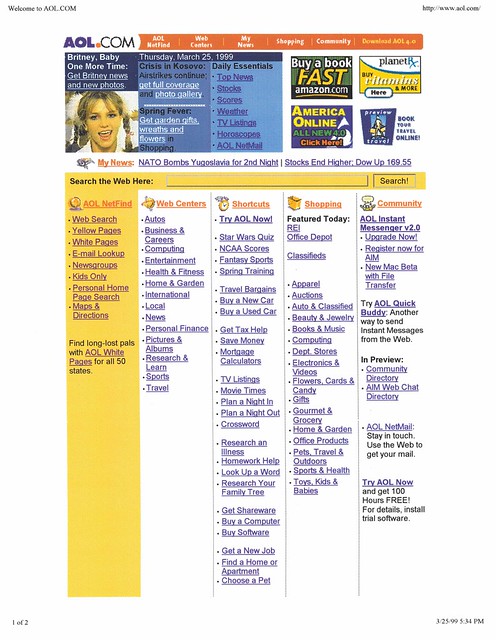