March 11, 1999: Another Oscars poll, featuring a pic of Cate Blanchett as Queen Elizabeth in Elizabeth, along with free tax help and CD shopping. The My News headline, "Church Gunman Kills Four," references this Louisiana multiple homicide, back when mass shootings with single-digit body counts were still big news: 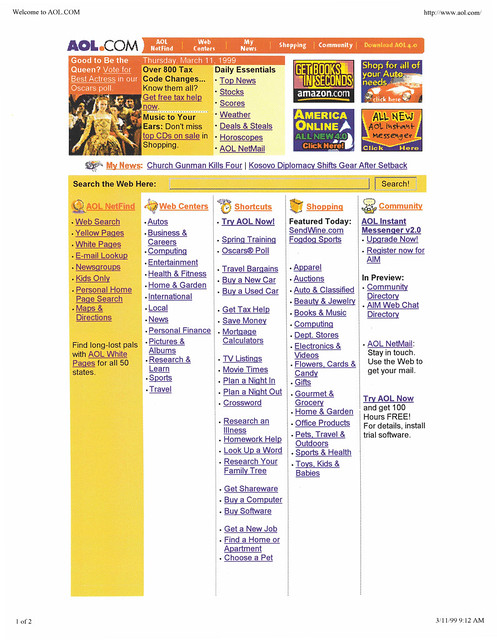 For the PM update, we featured the start of the NCAA tournament, starting with a generic promo, then switching to a wire photo: 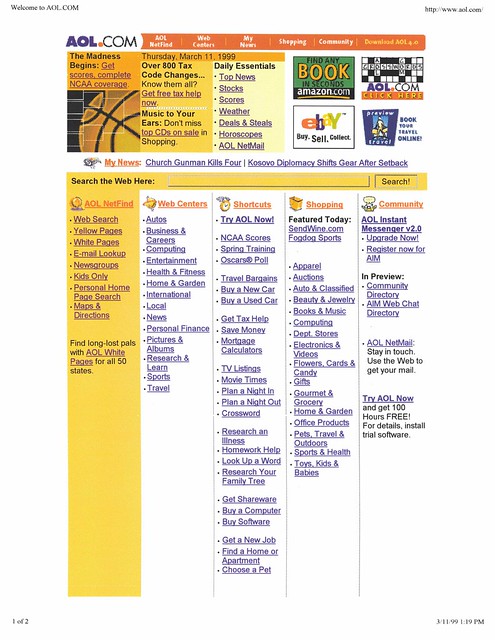 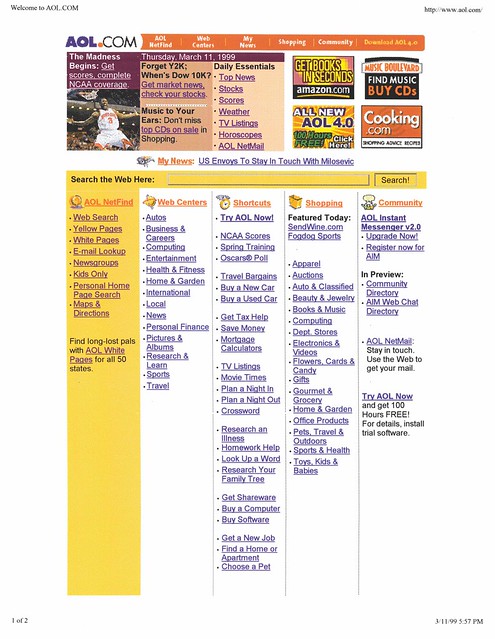