20 Years Ago on AOL.com: Dec. 9, 1998 -- Last-Minute Travel Bargains and the International Space Station

December 9, 1998: Last-minute airfare deals were typically our most clicked-on Travel promos, so we went to that well a lot. The top text promo references the building of the International Space Station, the first component of which went up in a mission on November 20 (we made no mention of it on AOL.com when it happened, probably because it was a Russian Proton launch, not the space shuttle): 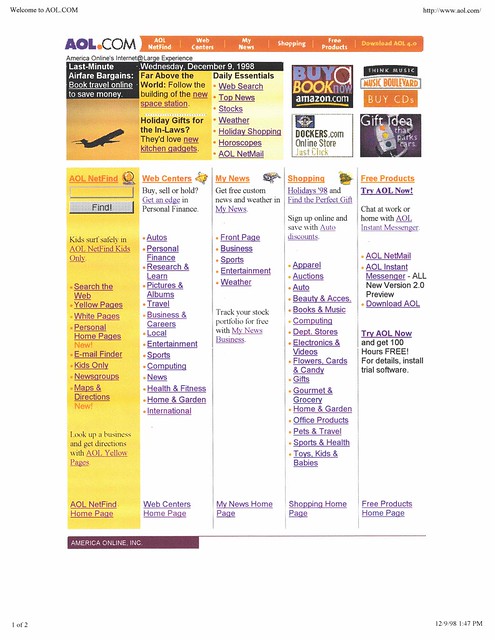