December 18, 1998: You've Got Mail finally opened, which means we could finally stop promoting it. The other text promos include another riff on the infamous spam headline, "Make Money Fast," and a rhyme for cards, flowers, and candy.

In the news headline, we see that the House of Representatives began the Clinton impeachment debate. Not captured in the headline: Speaker-Designate of the House Bob Livington also admitted to his own marital infidelity. (He would later step down.) 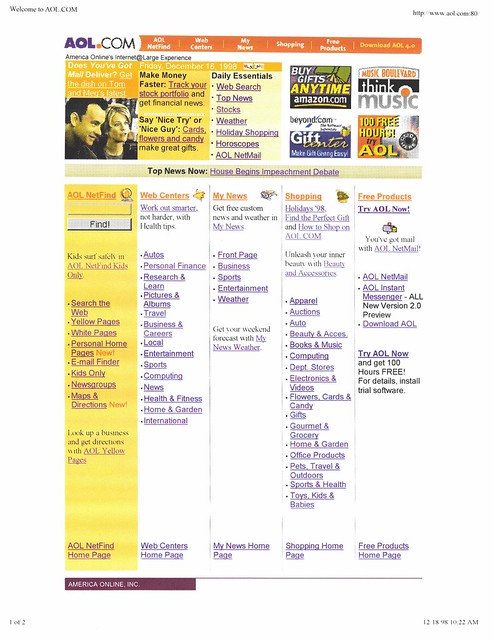