December 29, 1998: The lead text promo for cheap fairs to ski destination explicitly references the image (a standard stock photo of a skier shredding); other than that, very generic.

The first text promo, though, references voting for entertainers in something called You've Got Fans. According to the archived press release, the first annual You've Got Fans awards was an Entertainment Asylum crowdvoting contest, claimed in a Wired article to be the "world's largest online awards show."

I don't recall (and can't see) if there was a second. 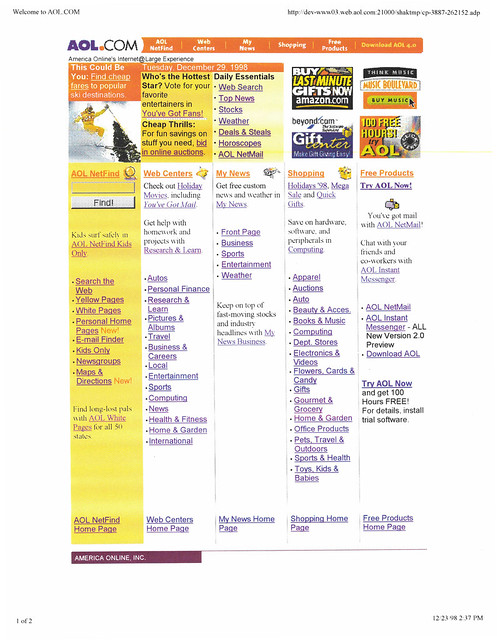