December 11, 1998: The lead graphic promo features Star Trek: Insurrection and a headline that was full-on sensible chuckle, "Make It So-So?" (Having seen Insurrection in the theater, I stand by what I wrote.)

In the still-new dynamic My News section, we have a headline that says "Committee Nears Impeachment Vote" (see news from the day); I took another screenshot at the end of the day to capture "Panel Approves Impeachment Vote": 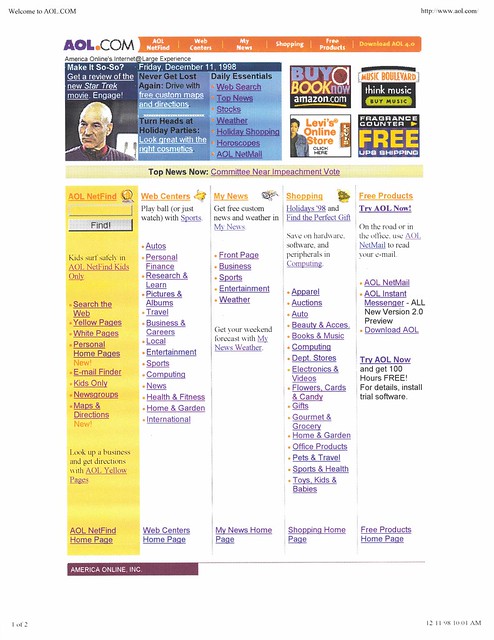 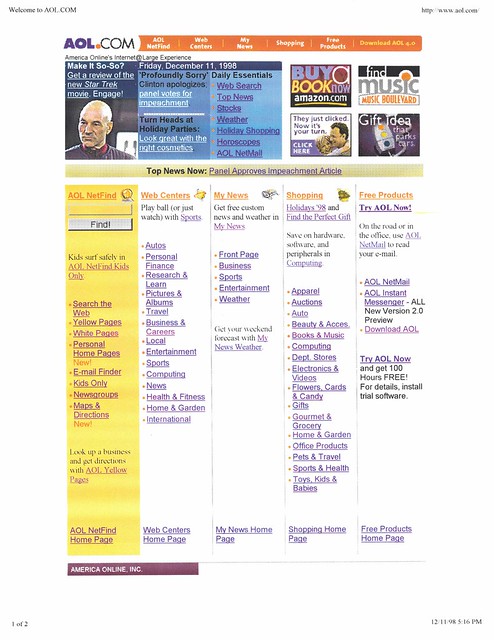