December 16, 1998: The day started off with a boxy laptop promoting online stock portfolios, genealogy, and CDs (with headline snapshot of VP Gore's appeal for bipartisanship in the Clinton impeachment debate), when suddenly... 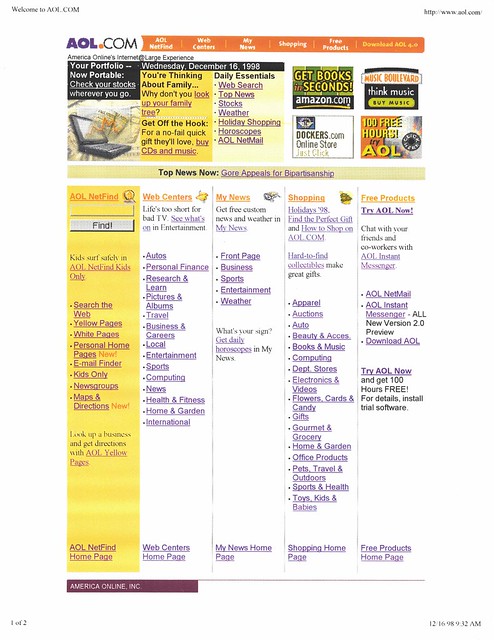 The US and UK launched airstrikes and cruise missiles against Iraq in Operation Desert Fox, an escalation in the long-running weapons inspection drama featuring the UN and Saddam Hussein... and which just happened to bump the impeachment proceedings out of the headlines for a few days: 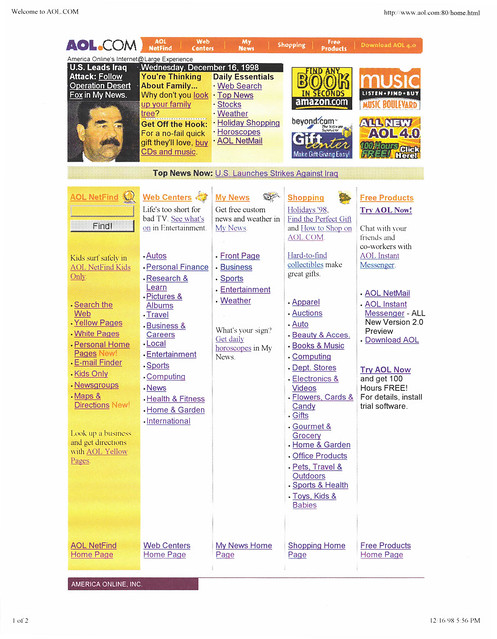