December 23, 1998: The lead graphic is Lara Croft (from Tomb Raider III) wearing a Santa hat. At this point, we were way past last-minute gifts (outside of gift cards and such), so we could stop beating the shopping drum so much. The other text promos were White Pages and buying books online.

The top headline is "Whoa, Baby, It's Cold Outside," which leads me to deduce two things: 1. There was a cold snap on the US East Coast, and 2. One of our human editors in the AOL Newsroom was indeed tweaking those headlines after they came off the wire.

Below the headline, you can see a late-season holiday customization: A string of mostly non-secular holiday lights. I think they were even animated. 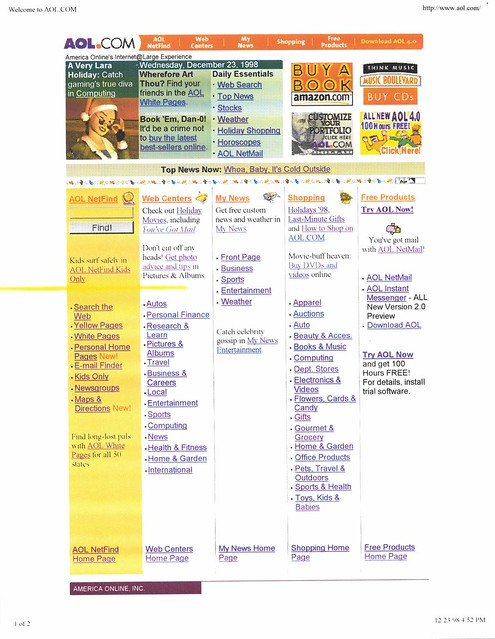