December 20, 1998: The promo block featured a color scheme seemingly inspired by Yellow Cabs, with a standard holiday lineup. For updates on the Clinton impeachment, we let the dynamic news headline (not seen here) do the work.

In the ad block, the lower right house ad says "Buzzsaw Knows." I had to look it up, but it was apparently one of AOL's online humor plays. (Maybe an AOL Greenhouse project? Who knows?): 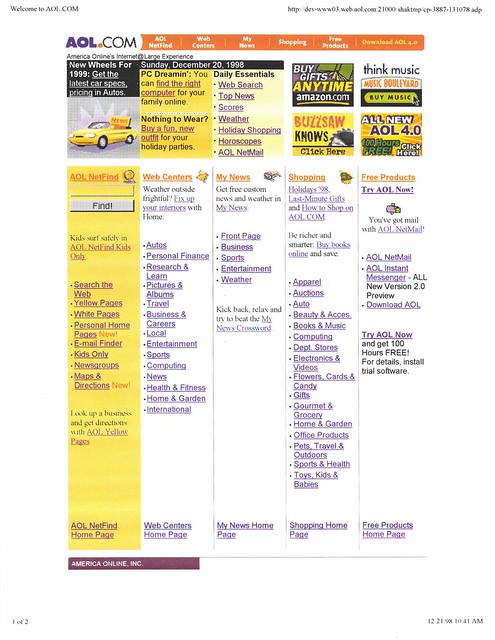