December 7, 1998: We didn't do anything to remember Pearl Harbor, but we did start the day with a graphic promo that read, "How Much Will This Baby Cost? Lowering the price of raising a child." I don't think it was a veiled shopping promo, but I have no idea what else it would have been.

The important thing is that the kid in the photo belongs to an AOL.com employee (Will Schermerhorn on the My News team): 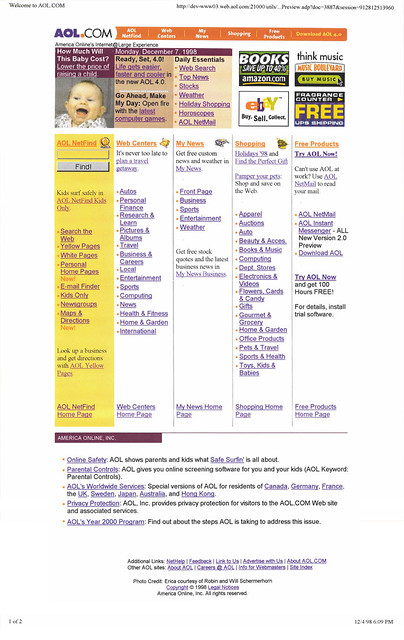 We didn't use employee photos very often, but we didn't actually sneak it in; I'm sure we got a release and everything; we even gave a proper photo credit below the fold: "Photo Credit: Erica courtesy of Robin and Will Schermerhorn."

That lasted until we started into primetime, where we switched over to Garth Brooks. I guess his live album, Double Live, which had been released in November, hit the top of the Billboard charts: 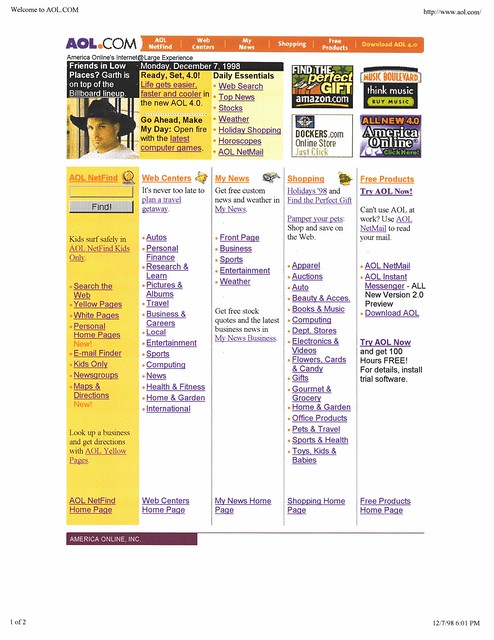