November 23, 1999: On the Tuesday before Thanksgiving, we had an AOL Mail (on the web) promo for all the folks who'd be visiting family members without AOL, of which there were still a few in 1999. (Also, it's a straight scan of a crooked printout): 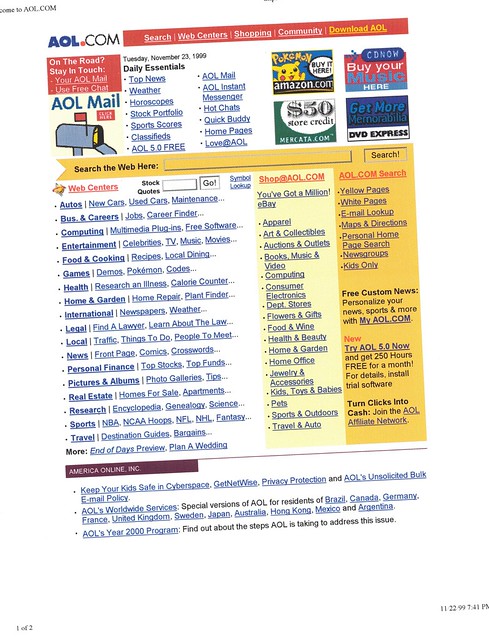 For the PM update, we went with Maps & Directions, powered by MapQuest; I don't remember if Maps had built in congestion and traffic alerts by then, though if they did, they weren't realtime: