November 18, 1999: We started the day with an unremarkable AIM 3.0 Web Chat promo, though if you look down in the Corporate links section, you can see that America Online Brasil Launches (apparently, Michael Douglas was part of the launch festivities, doing an AOL Live event from Sao Paolo). I think this was the actual, localized client, other press releases show the AOL Brasil website opened back in June: 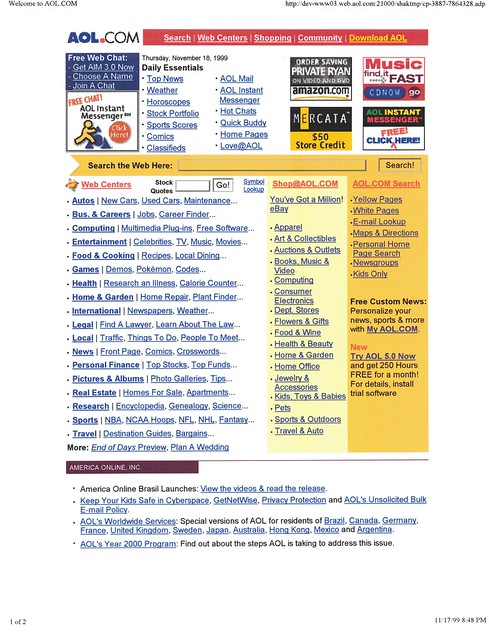 For the PM update, we have something odd: An AOL Mail promo with what looks like a functional login screen, but what I think is actually a fake functionality image. (I think I've ranted about this before, but I recall being in a marketing/ad sales presentation where they were touting the clickthrough benefits of ads featuring "faux" functionality. Yes, let's trick our users, annoy them, and train them not to trust web entry fields. No downside to that, no sir.) 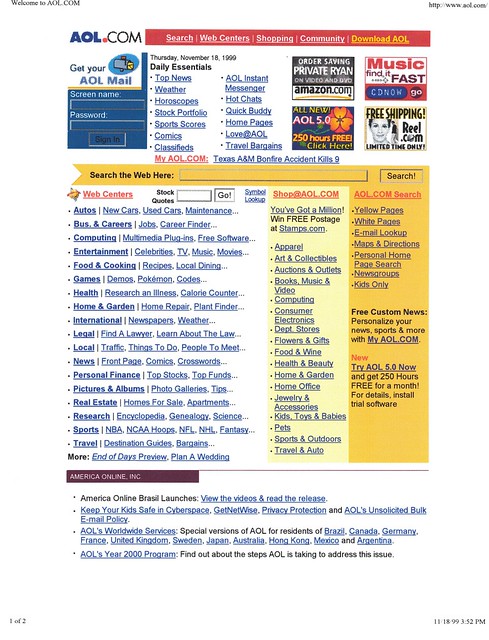 For the PM update, we went again with a preview of End of Days: 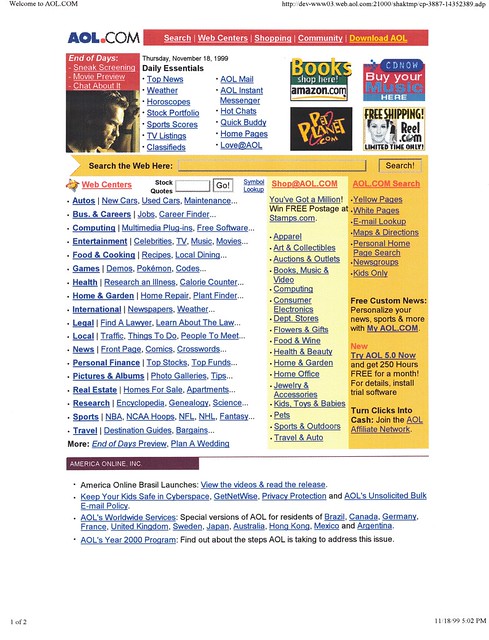