November 2 1999: For the morning lineup, we went green for picking stocks, finding top mutual funds, and tracking the stock market. (Remember, we were inside a still-expanding bubble and had just announced a 2-for-1 stock split, so the market was on all our minds.)

For the PM update, we went with new music, leading with Mariah Carey and the release of Rainbow; we also referenced Jewel clips and photos. In the My News headlines, we also referenced a mass shooting at a Xerox Corporation building in Hawaii: 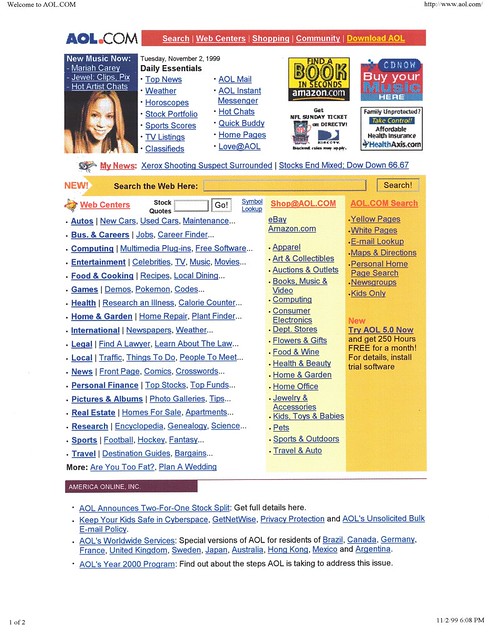 It was also Election Day, though it was an off-year one so it wasn't a big deal.