November 19, 1999: The third Pierce Brosnan James Bond movie, The World Is Not Enough (the forgettable one with Denise Richards as nuclear physicist Christmas Jones) opened wide in the US; you can also see in the right column a promo, "Turn Clicks into Cash," for something called the AOL Affiliate Network: 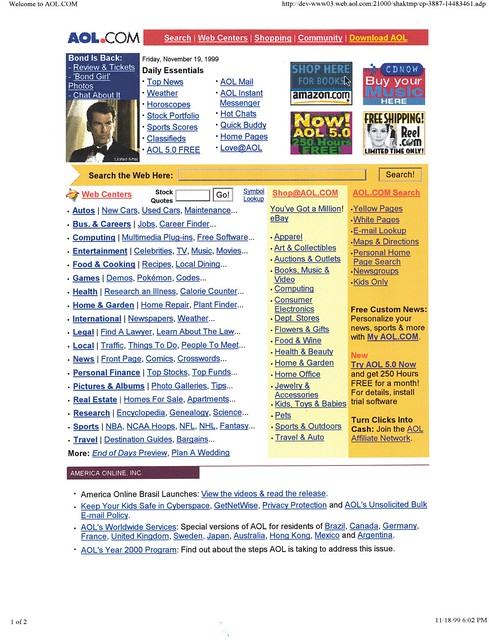 For the PM update (and for most of the rest of this month, apparently), we just have a preview of the top promo block -- in this case, an anonymous, eyeless kissy face for online personals: 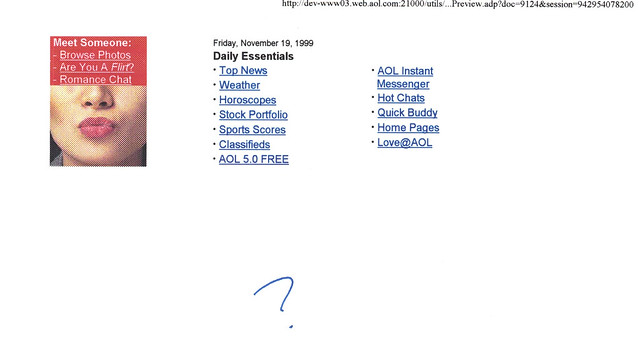